Top US generals ask for boost in ISIL fight 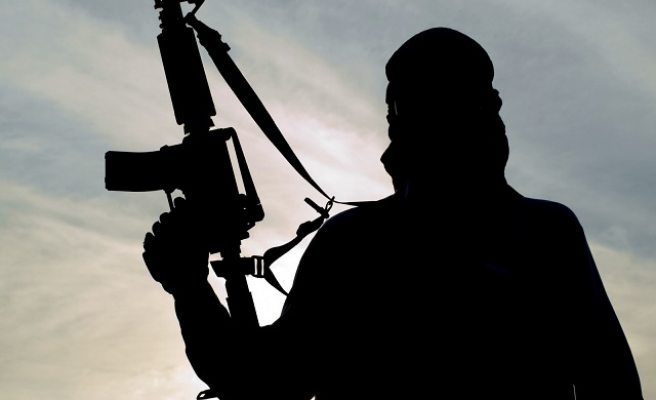 U.S. Central Command has requested additional capabilities to take ISIL strongholds in Syria and Iraq, the head of the agency said Tuesday.

“As we look towards Raqqah and Mosul, clearly there will be things that we will want to do to increase the capability a bit, to be able to increase the pace of operations, and that will require some additional capability,” Gen. Lloyd Austin told a Senate panel.

Alongside AFRICOM Commander Gen. David Rodriguez, and Special Operations Commander Gen. Joseph Votel, Austin said his staff has already made recommendations to Pentagon leaders about the additional needs and expects a response soon.

Austin declined to comment whether deploying more ground troops was among his recommendations but conceded that more U.S. troops could help “better human intelligence”, “provide more advise and assist teams at various levels” and “help with some logistical issues”.

He also noted the need for a “special forces footprint” in the fight over the two strongholds. Last month, the chairman of Joint Chiefs of Staff said Iraqi forces and Syrian rebels have begun to isolate Mosul and Raqqa.

The U.S. has about 3,700 troops in Iraq in training and advisory roles.

Austin told lawmakers that he had has also asked for "permission" to restart a train and equip program for local forces in Syria, "using a different approach" than a program that was suspended last year after it failed to produce a viable contribution to the fight.

The new program would focus on a smaller group to train, who would then "enable" larger groups backed the U.S., he added.

The U.S. is currently training and equipping certain groups whose leaders are vetted by the Pentagon.

Speaking to the Anadolu Agency, a defense official said the new program would train rebels "in small groups" over "shorter periods".

Gen. Votel told lawmakers that there is a "strategy" in place to take Raqqa from ISIL but noted because of various ethnic realities in a region with Arab and Kurdish forces “there is currently no plan in place on how to hold Raqqa”.

Austin told lawmakers that some elements of the terrorist YPG group in northwestern Syria have attacked U.S. backed opposition groups, noting that the group has cooperated with Russia.

"We have seen some cooperation between the YPG element that's in the northwestern part of the county with the Russians,” he said, accusing Russia of “irresponsible” actions causing “extraordinary numbers of civilian casualties” by using dumb bombs.

Pentagon spokesman Peter Cook also expressed his concerns, echoing Austin’s comments on the YPG. “We would have concerns about that collaboration with the Russians if it was doing harm to forces on the ground that are taking the fight to ISIL," Cook added, using an alternative acronym for ISIL.

YPG is the armed wing of the PYD -- the Syrian branch of terrorist organization PKK which has targeted Turkish security forces as well as civilians since 1983.

Regarding Libya, Rodriguez told lawmakers that Libya is “a failed state”.

His assessment came almost two weeks after Secretary of State John Kerry warned that the country is close to failing.

Rodriguez noted the need for the U.S. and international community to do more to bring stability to Libya.