U.S. National Hurricane Center said it could become a tropical storm by Saturday night or Sunday and a hurricane by Monday. 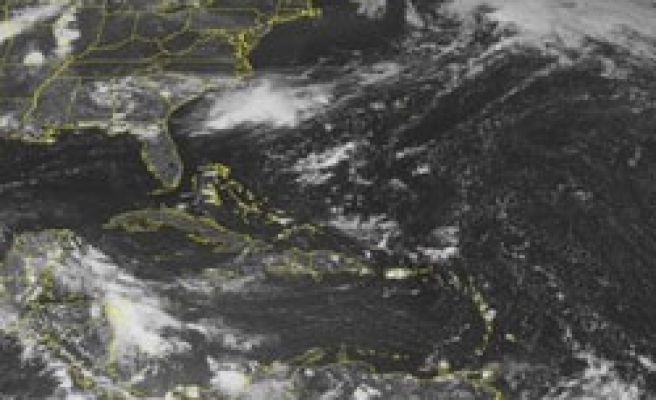 A tropical depression formed over the central Atlantic Ocean on Saturday, and the U.S. National Hurricane Center said it could become a tropical storm by Saturday night or Sunday and a hurricane by Monday.

The system was 580 miles (935 km) west-southwest of the southernmost Cape Verde Islands and was moving west-northwest with maximum sustained winds of 30 miles an hour (45 kph), the Miami-based center said.

The center said most of the computer models showed it turning toward the northwest in about three days.

A turn to the northwest or north could keep it over the ocean but it was too early to say with precision whether the system could pose a threat to the U.S. East Coast.

If upgraded, it would be Tropical Storm Danielle, the fourth named storm of the 2010 Atlantic hurricane season, which forecasters have predicted will be very active.

Of the three named storms in the season so far, only one, Alex, became a hurricane and churned ashore on the Texas-Mexico border on June 30 as a Category 2.

The Atlantic hurricane season is now in its traditionally most active phase, which runs from mid-August through October. Hurricanes feed on warm water and the tropical Atlantic is warmest during that time.

U.S. government scientists earlier this month reduced their forecast for the 2010 season, but said they were still predicting a very active year of eight to 12 hurricanes.

The National Oceanic and Atmospheric Administration said it now expected 14 to 20 tropical storms, with eight to 12 of those strengthening into hurricanes.

It forecast that four to six of them would become "major" hurricanes, which are ranked at Category 3 or above on the five-step Saffir-Simpson scale of intensity and have top winds of more than 110 mph (177 kph).