The approach of a major storm forced BP to halt efforts to permanently plug its gushing oil leak in the Gulf of Mexico. 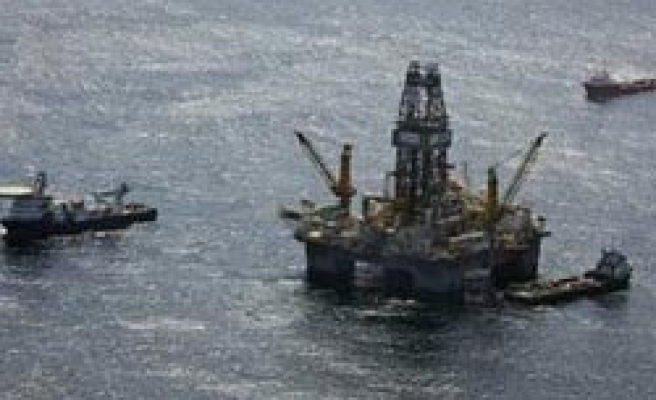 The approach of a major storm on Saturday forced BP Plc to halt efforts to permanently plug its gushing oil leak in the Gulf of Mexico and the system could regain strength after it weakened on Friday.

Two rigs stopped drilling the relief wells intended to halt the leak for good and prepared on Friday to move out of the storm's path.

Tropical Storm Bonnie weakened to a tropical depression after moving across Florida on Friday, but could strengthen over Gulf waters and was on track to bring heavy seas and rain to the spill area by Saturday afternoon, adding to the sense of urgency.

"Bonnie could regain tropical storm strength as it moves across the Gulf of Mexico," the Miami-based U.S. National Hurricane Center said.

There were no reports of significant damage or storm surge, however, and forecasters said there was also virtually no chance that Bonnie could become a hurricane before its make landfall again, anywhere between the Louisiana coast and Florida's northwest Panhandle late on Saturday.

Ships collecting seismic and acoustic data on the capped well and those operating underwater robots that provide a live feed of the wellhead would be the last to leave, and could stay if seas do not become too rough, officials said.a very limited window -- probably 48 hours," said retired Coast Guard Admiral Thad Allen, the top U.S. spill official.

BP sealed the leak last week with a tight-fitting containment cap, choking off the flow of oil for the first time since an April 20 rig explosion killed 11 workers and sent crude spewing into the Gulf, soiling coastlines in five states and devastating tourism and fishery industries.

The evacuation may push back BP's mid-August target date for completing a relief well that would permanently plug the leak to late August. But the ruptured well will remain capped, easing fears the flow would resume.

The evacuation also delayed another potential solution, the launch of a "static kill" operation to pump heavy drilling mud and possibly cement into the well.

BP's spill, the worst in U.S. history, is believed to have spewed more than five million barrels of oil into the Gulf.