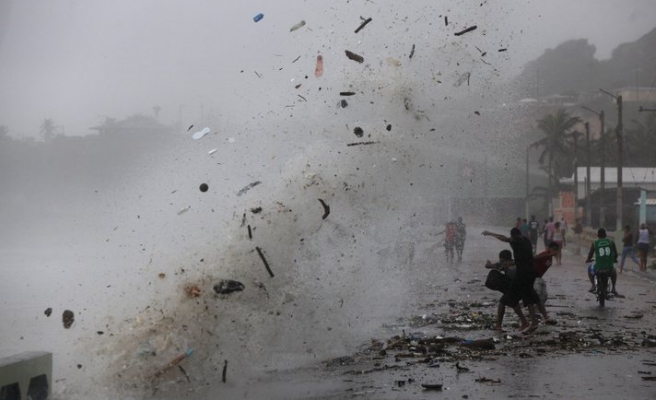 Tropical Storm Karen weakened to a depression as it hovered off the Louisiana coast on Saturday after earlier fears it would reach hurricane strength prompted the evacuation of some coastal areas and disrupted U.S. energy output in the Gulf of Mexico.

Karen's top sustained winds dropped to 35 mph (55 kph) on Saturday night. That was down from 65 mph (105 kph) on Thursday and 50 mph (80 kph) on Friday, and National Hurricane Center forecasters in Miami said Karen had lost its status as a tropical storm.

Dry air and wind shear had been tearing the storm apart all day, even as it threatened to draw renewed strength from warm sea-surface temperatures in the Gulf.

Karen was originally forecast to become a hurricane, and authorities issued mandatory evacuation orders for low-lying areas south of New Orleans on Friday.

The governors of Louisiana, Mississippi, Florida and Alabama had earlier declared states of emergency to speed storm preparations, and the Federal Emergency Management Agency recalled some workers who were furloughed in the federal government shutdown to assist.

Nearly two-thirds of oil output in the U.S. Gulf of Mexico was halted as Karen neared the Louisiana coast earlier this week, prompting oil and gas companies to shut platforms and evacuate workers in preparation for the storm. The Gulf accounts for about 19 percent of U.S. oil production and 6 percent of natural gas output.

By late Saturday night, the slow-moving storm was centered about 185 miles (295 km) southwest of the mouth of the Mississippi River. On its projected path, Karen was likely to move over the southeast tip of Louisiana early on Sunday before skirting the coasts of Alabama and the Florida Panhandle on Sunday night and Monday.

The storm could dump up to 3 inches (7.5 cm) of rain on some areas of the central Gulf Coast and Southeastern states through Monday before breaking up entirely, the hurricane center said.