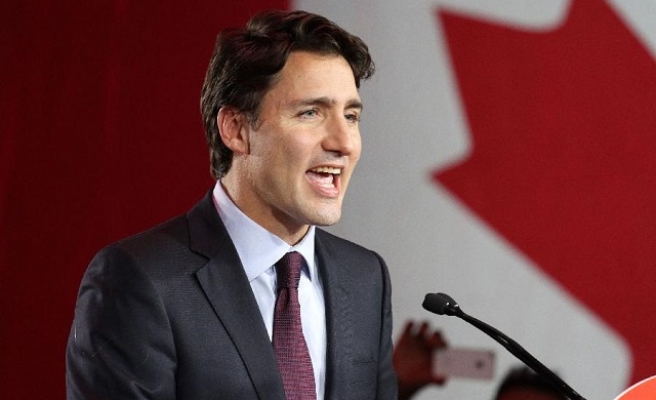 Canadian aboriginal leaders demanded Wednesday a bigger role in the country's fight against climate change, on the eve of a meeting between Prime Minister Justin Trudeau and provincial leaders, as a self-imposed national deadline looms to start cutting CO2 emissions.

"It was a good start. Climate change and clean energy are issues that must be dealt with," Metis National Council president Clement Chartier told reporters. "But we want to be included in a meaningful way, not just as bit players." The council represents indigenous Canadians.

"We need more input," said Perry Bellegarde, National Chief of the Assembly of First Nations. "Indigenous people know how to protect the land and the water."

Trudeau started Wednesday with the "sunny ways" theme his Liberal government has promoted since winning last fall's election after 10 years of a Conservative government that resisted climate change measures.

"We begin from the common goal we all share," Trudeau said. "We want a low carbon economy (...) and we need to make smart, strategic investments in clean growth and new infrastructure."

But bringing together the fractious leaders of the sprawling and diverse nation to make those "smart investments" will test the new prime minister's ability to broker change.

Trudeau has pledged to at least meet the previous government's promise to reduce greenhouse gas emissions by 30 percent by 2030 compared to 2005 levels.

But one goal of the First Ministers meeting in Vancouver is to convince all levels of government, who share jurisdiction over the environment, to make deeper cuts.

Environment Minister Catherine McKenna said that by the end of March she hopes Canadian leaders will agree to help keep global temperatures from rising more than 1.5 degrees Celsius.

Each province has vastly different economic circumstances and goals, and many have already started taking their own tailored approach to reducing emissions, which Trudeau has encouraged.

British Columbia and Alberta, for example, have carbon taxes, while Ontario and Quebec are members of a fledgling continental cap and trade system started in California.

Newfoundland and Labrador premier Dwight Ball, chairman of the Council of the Federation -- a congress comprising the premiers of Canada's provinces and territories -- told a Wednesday press conference that carbon management mechanisms can range from the use of new technologies that mitigate or capture ask store carbon, to policies that encourage the market place to reduce or eliminate emissions. That would include setting a price on carbon.

But hopes for a nation-wide carbon tax are threatened by Saskatchewan Premier Brad Wall's vow to reject a carbon tax, which he says will cost the prairie province's economy up to Can$1 billion.

"Now is not the time, and I’m not sure the time is going to be right anytime soon," he told reporters Wednesday.

Meanwhile, Premier Christy Clark of British Columbia -- which introduced North America’s first carbon tax eight years ago -- lauded the success of the provincial tax but warned against raising it at a time of global economic weakness.

"The last thing government should do is to add to (people's) tax burden," she said before meeting with the other premiers.

Wide variations in current carbon prices -- from Can$15 per metric ton in Ontario to Can$30 in British Columbia -- could also impede attempts to reach consensus.

On Wednesday, Trudeau pledged tens of millions of dollars in federal funding for research into alternative energy and to help municipalities adapt to warming, including revising building codes to boost energy efficiency.

Alluding to Quebec seeking an injunction to block a pan-Canadian pipeline from Alberta to Atlantic Coast refineries, Trudeau said "the choice between pipelines and wind turbines is a false one."

He said Canada, which is the world's fifth largest oil producer, must continue to exploit its vast natural resources in order to fund the transition to a low-carbon economy.

Addressing climate change "is one of the great global projects of our time, and I know Canada is ready to take it on," he said.