US will detain migrants in 'massive' tent cities, says president 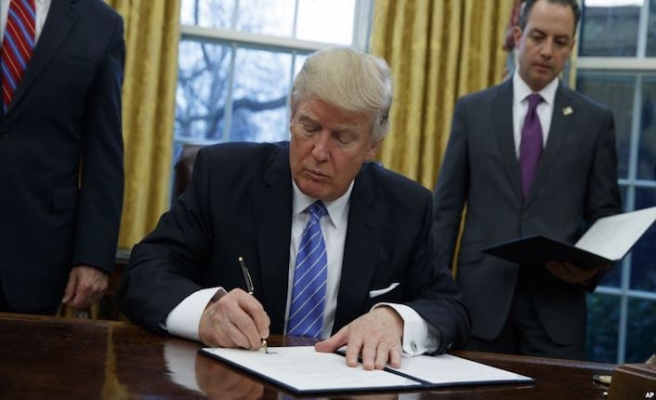 In a speech at the White House, Trump said he plans to get rid of the “catch and release” policy where immigrants who are caught crossing the border are released back into the U.S. community while they await their immigration hearings.

While Trump claimed the policy was created by the Democrats, it was first enforced under the George W. Bush administration.

"We're not releasing anymore. We're going to catch, we're not going to release. They are going to stay with us until the deportation hearing," Trump said.

Trump also claimed that only three percent of immigrants who enter the country attend their immigration hearings. But according to data from the Department of Justice, around 60-75 percent of them show up.

He sharply criticized current asylum policies, saying many of them are fraudulent and processing cases takes too long.

"The biggest loophole drawing aliens to our borders is the use of fraudulent or meritless asylum claims to gain entry into our great country," Trump said.

Trump’s remarks come ahead of midterm elections as a late effort to stoke fear over a "migrant caravan" attempting to enter the U.S. and in a bid to bolster support from Republican voters.

They also follow his announcement Wednesday that he may send as many as 15,000 troops -- more than the number currently in Afghanistan -- to the country's southern border in a bid to stop or detain those in the caravan.

The military will be putting up "massive cities of tents" to hold any immigrants entering the country illegally, according to the president.

Air Force Gen. Terrence O’Shaughnessy noted that some of the troops being sent to the border will be armed. In response to a question, Trump said that any rocks thrown by asylum-seeking migrants at the U.S. military will be "considered a firearm".

The announcement is the latest move to drastically change U.S. immigration policy after the president recently announced plans to end birthright citizenship with an executive order.

Birthright citizenship has its foundation in the 14th Amendment of the Constitution, ratified in 1868, and was meant to stymie efforts to deny citizenship to former slaves. Ending it would likely require a constitutional amendment, according to many legal scholars.