US President Donald Trump has hinted that defense secretary Jim Mattis may leave referring to him as a kind of democrat. 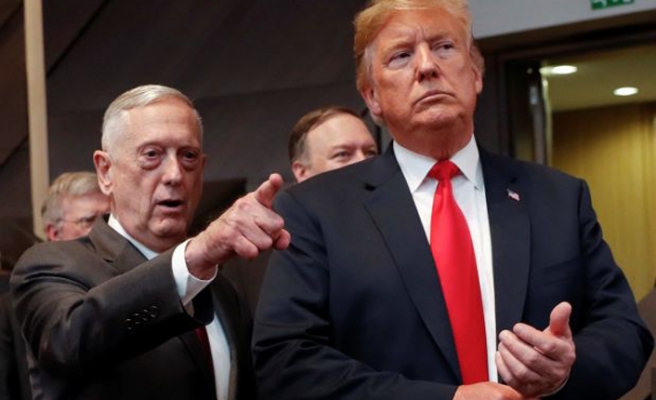 Mattis is considered one of the most stable, but more independent, people in Trump's cabinet and has served as a low-profile counterweight to the president and his often inadequate US allies treatment.

In an interview for CBS's 60 Minutes, Trump was asked if he wanted Mattis to leave. "I think he is close to leaving. I think he is a kind of democrat if you want to know the truth. But General Mattis is a good person. We go very well together. He can leave at a certain point, they all leave, "Trump said, adding that he had dined with Mattis two days ago.

Comments on Mattis come after Trump warned changes in his cabinet, which last week also marked the sudden resignation of Nikki Haley, the US ambassador to the United Nations.

"I'm changing things around. I'm expecting people who would be phenomenal. They will be part of the administration and will be extraordinary, "said Trump.

"I think we have a great cabinet," Trump said. There are some people I'm not happy with, but I have others with whom I am more than satisfied.