Trump, who spent the weekend at his Bedminster golf resort in New Jersey, accused Puerto Ricans via Twitter of wanting "everything to be done for them," even as criticism grew that federal relief efforts amid massive hurricane damage have fallen desperately short. 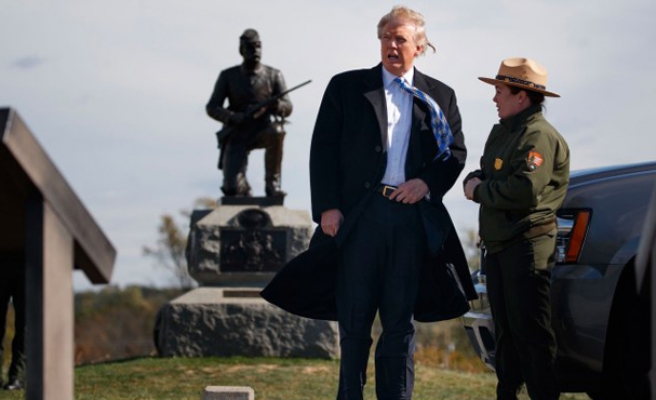 President Donald Trump spoke by phone with senior officials in hurricane- devastated Puerto Rico late Saturday, hours after lashing out at the mayor of San Juan who had pleaded for help and criticized the slow federal response.

While much of the US territory of 3.4 million remained without power, fresh water or communications links long after the catastrophic passage of Hurricane Maria, reports continued to filter in of battered towns across the island that have yet to receive any aid.

Enormous, hours-long queues grew at San Juan gas stations -- some patrolled by private security guards -- while desperate residents in the interior said reporters were the first outsiders they had seen. "There's been no help from FEMA nor from the federal government nor from anyone," said Elisa Gonzalez, 49.

But Trump insisted Saturday that federal emergency response teams and the US military, which has sent dozens of ships and some 10,000 troops, were doing a "fantastic" job.

Criticized for focusing more on protests by professional football players than on the disaster in the Caribbean, the White House said the president spoke late Saturday by phone with Puerto Rico Governor Ricardo Rossello, former governor Luis Fortuno, and Jennifer Gonzalez-Colon, who represents the island in Congress but has no voting power.

Trump also spoke with Kenneth Mapp, the governor of the US Virgin Islands -- also hard-hit by Hurricane Maria -- and Federal Emergency Management Administrator head Brock Long, who briefed him "on the progress of current response and recovery operations and provided details about the situation on the ground."

In his tweets Trump attempted to blame the island's continuing woes on Democrats, the media and local officials.

After San Juan Mayor Carmen Yulin Cruz complained in impassioned remarks that "we are dying here, and I cannot fathom the thought that the greatest nation in the world cannot figure out logistics for a small island," Trump unleashed a Twitter rant.