'His actions during the transition were lawful. There was nothing to hide!' Trump claims 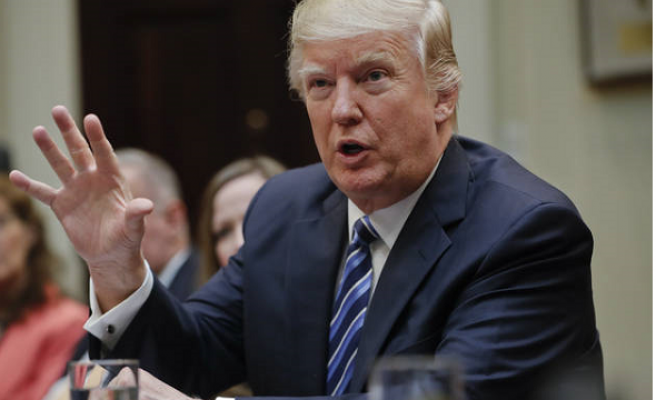 President Donald Trump came to the defense of his former national security adviser Saturday, saying in his first public remarks since Michael Flynn pled guilty to lying to the FBI, he acted lawfully during the presidential transition.

"I had to fire General Flynn because he lied to the Vice President and the FBI. He has pled guilty to those lies," Trump wrote on Twitter. "It is a shame because his actions during the transition were lawful. There was nothing to hide!"

As part of his guilty plea, Flynn has agreed to fully cooperate with Special Counsel Robert Mueller's probe into alleged Russian interference in last year's race for the White House, as well as whether the Trump campaign colluded with what U.S. intelligence officials have described as an "influence campaign" aimed at bolstering Trump.

The president has denied that he or his campaign cooperated with Moscow.

When asked by reporters if he is concerned by what Flynn might divulge to investigators, Trump shrugged off the notion.

Flynn left the administration in disgrace shortly after assuming his senior post amid disclosures he lied to officials, including Vice President Mike Pence, about his contacts with Russia's U.S. envoy, Sergey Kislyak, and was a major Trump supporter during the campaign.

At the time, Flynn insisted to the FBI he did not speak with Kislyak about U.S. sanctions in the waning days of the Obama administration. But a statement of the offense from Mueller's office said Flynn called Kislyak Dec. 29 to discuss the economic penalties after discussing the matter with "a senior official" of Trump's transition team who was with other senior officials at Trump's Mar-a-Lago resort.

He was separately directed by "a very senior member" of the transition team to contact foreign governments, including Russia, on Dec. 22 to discuss a UN resolution condemning Israel. That "very senior" transition official is Trump's son-in-law and senior advisor Jared Kushner, multiple media outlets reported.

Kushner has been a central figure in the transition and the administration where he has led efforts to restart peace talks between Israel and Palestine.

Flynn contacted Russia on Dec. 22 to discuss the UN vote condemning Israeli settlements, according to the charging document.

In a break from previous practice, the U.S. did not veto the resolution under former President Barack Obama, instead abstaining.

Following the vote Dec. 23, Trump pledged on Twitter, "As to the U.N., things will be different after Jan. 20th", making reference to his upcoming inauguration.

The charging document separately details other false statements he made to the FBI regarding his contacts with foreign governments.