US will 'remain a steadfast partner' of Kingdom, Trump says while reaffirming support for Saudi Arabia 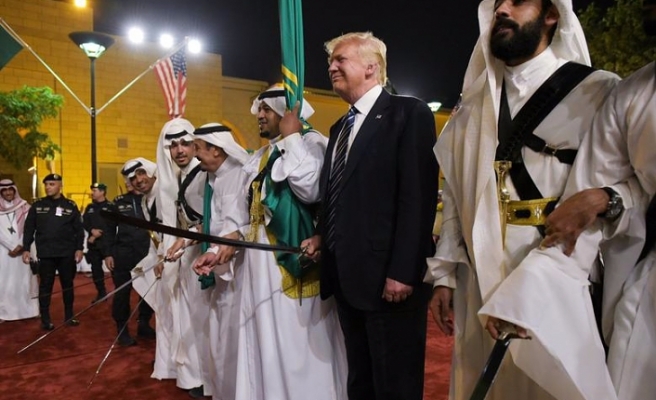 U.S. President Donald Trump said Tuesday that Saudi Crown Prince Mohammed bin Salman may have known about journalist Jamal Khashoggi's killing, but he intends to "remain a steadfast partner" with the kingdom.

“Our intelligence agencies continue to assess all information, but it could very well be that the Crown Prince had knowledge of this tragic event – maybe he did and maybe he didn’t!" Trump said in a White House statement.

Trump said that while the U.S. may "never know all of the facts" regarding the killing of Khashoggi, the country will continue its relations with Saudi Arabia to pursue American interests.

The statement comes after a report in which the CIA concluded with high confidence that bin Salman ordered Khashoggi's killing.

After initially saying he left the consulate alive, the Saudi administration admitted weeks later he was killed there.

His body has yet to be returned to his family, who have been seeking its return, amid reports that it was chemically dissolved.

The president also said contracts signed with Saudi Arabia worth around $450 billion have created thousands of jobs, and "have worked closely" with the U.S. on stabilizing oil prices.

Out of the $450 billion investment, Saudi Arabia pledged to buy $110 billion worth of weapons, however some defense analysts have determined only $14.5 billion in recorded sales, according to the New York Times.

"The United States intends to remain a steadfast partner of Saudi Arabia to ensure the interests of our country, Israel and all other partners in the region," Trump said.

"I understand there are members of Congress who, for political or other reasons, would like to go in a different direction – and they are free to do so," Trump added. "I will consider whatever ideas are presented to me, but only if they are consistent with the absolute security and safety of America."

But bin Salman was not on the list of those sanctioned amid widespread speculation the hit could not have been carried out without his consent.

"Since Mr. Trump excels in dishonesty, it is now up to members of Congress to obtain & declassify the CIA findings on Jamal Khashoggi’s death," Brennan said on Twitter. "No one in Saudi Arabia—most especially the Crown Prince—should escape accountability for such a heinous act."