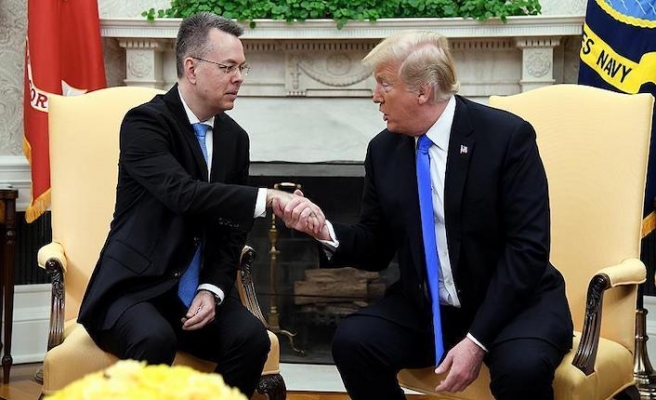 Welcoming to the Oval Office a pastor newly freed by a Turkish court, U.S. President Donald Trump hailed the release as turning a new page in Turkish-American ties.

“This is a tremendous step towards having the kind of relationship which can be a great relationship," Trump said at the White House, welcoming pastor Andrew Brunson, ordered freed by a Turkish judge on Friday.

"We feel much differently about Turkey today than we did yesterday. And I think we have a chance of really becoming much closer to Turkey and maybe having a very, very good relationship," he added.

After being transferred this July from jail to house arrest, on Friday Brunson was sentenced to just over three years in prison, but released due to time served and his good behavior in custody.

The charges against him included spying for both Fetullah Terror Organization (FETO) and the PKK, a group recognized as terrorist by the U.S. and EU, and which is responsible for some 40,000 deaths in Turkey, including women and children.

Trump threatening and imposing sanctions on Turkey over the issue sparked bilateral tensions and spooked markets.

However, Trump has signaled that Brunson's release could bring the NATO allies closer to each other.