'We have a representative in Congress who they say was here a long time ago. They call her Pocahontas,' Trump says 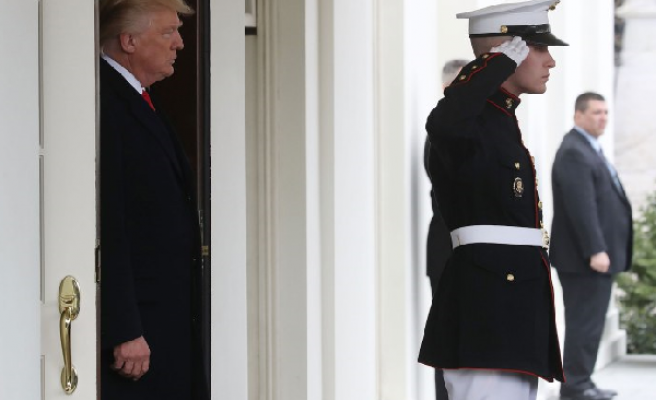 President Donald Trump on Monday used an Oval Office ceremony to honor Native American war heroes to make divisive comments about a U.S. senator whose Native heritage he has made a point to mock.

"I just want to thank you because you are very, very special people. You were here long before any of us were here," Trump said, flanked by the elderly veterans who played a critical role in ensuring American victory against Imperial Japan in World War II. "Although we have a representative in Congress who they say was here a long time ago. They call her Pocahontas," he added, in reference to Elizabeth Warren with whom he is frequently at odds.

His comments were followed by silence.

The use of "Pocahontas" has drawn criticism from many who view it as disrespectful to not only Warren, but to the Native American hero who famously was captured during the U.S.'s colonial era, and who was critical to brokering a peace between Natives and colonialists.

"It is deeply unfortunate that the president of the United States cannot even make it through a ceremony honoring these heroes without having to throw out a racial slur," Warren shot back during an interview with the MSNBC television network.

As if that were not bad enough, Trump’s comments were made as a portrait of former President Andrew Jackson loomed large in the background.

The seventh president is a source of contention for Native Americans. He presided over the U.S.'s largest forced relocations of Native Americans under the Indian Removal Act.

The displacements, known collectively as the Trail of Tears for the bitter suffering imposed on the displaced, resulted in the deaths of thousands of American Indians to make room for white settlement in the southeastern United States.

Many of those who died during the forced march to the midwest were killed by exposure or disease. And those who survived would never return to their homeland.