President's announcement came as a shock to many after several top administration officials had insisted otherwise. 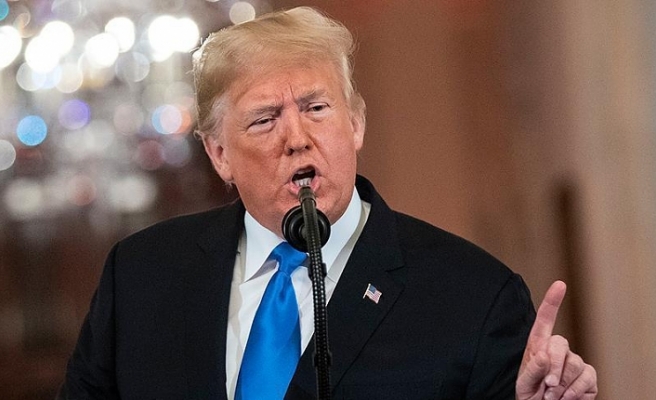 All of the U.S.'s roughly 2,000 troops in Syria will be leaving, President Donald Trump said Wednesday in a major policy departure for Washington.

Trump earlier in the day declared victory over the Daesh terrorist group, saying its defeat was the sole reason for the U.S.'s presence in the country under his administration.

"It's time for our troops to come back home," Trump said in a pre-recorded video message posted on Twitter. "Our boys, our young women, our men -- they're all coming back, and they're coming back now."

The U.S. began its air campaign in Syria in 2014, deploying troops to the country to assist in the anti-Daesh fight alongside local partners the year after.

The president's announcement had come as a shock to many after several top administration officials, including National Security Advisor John Bolton, insisted the U.S. would not be removing its forces until Iran exited Syria.

Reports have suggested all State Department personnel would depart Syria within the next 24 hours while U.S. forces will leave within 60 to 100 days.

It is unclear from Trump's statement if "they're coming back now" means all troops are being immediately extracted or if there is a gradual scale for their withdrawal.

The White House had earlier stressed that recent military victories against Daesh "do not signal the end of the Global Coalition or its campaign".

"We have started returning United States troops home as we transition to the next steps of this campaign," spokeswoman Sarah Sanders said in a statement. "The United States and our allies stand ready to re-engage at all levels to defend American interests whenever necessary."

Those reassurances were met with skepticism from some of Trump's key Capitol Hill allies, who warned Daesh is far from final defeat.

Speaking on the Senate floor, Sen. Lindsey Graham said the decision "is a disaster on multiple fronts."

"Mr. President, I too want our troops to come home. But I don't want to tell the American people we are secure when I don't think we are," said Graham, a close political ally of the president. "If we do follow through with this withdrawal, Americans all over the world and here at home will be at risk."

Graham had earlier drawn parallels between Trump's decision and the withdrawal of U.S. forces from Iraq under former President Barack Obama -- a development many Republicans link to the rise of Daesh.

Trump's decision is a "grave error that is going to have incredible consequences that potentially have not been fully thought through," said Republican Senator Marco Rubio in a Facebook Live video, echoing Graham's sentiment.

The U.S. had warned publicly against a new operation in northeastern Syria as it works alongside the YPG-led SDF, which is fighting Daesh in its last remaining major foothold in eastern Syria.