Trump says US to issue Khashoggi report early next week

Trump says report to assess what 'we think the overall impact was and who caused it, and who did it' 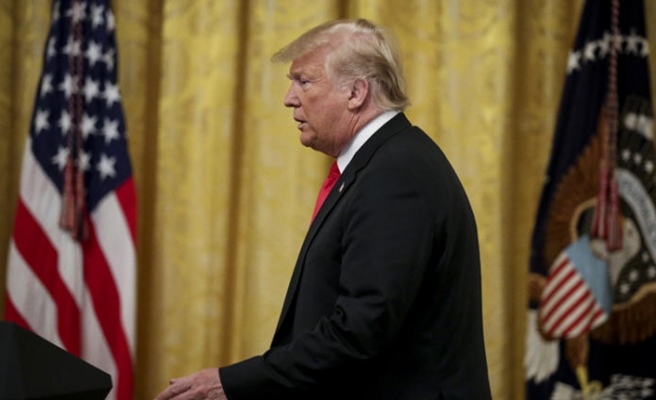 The report, which Trump said will be released either on Monday or Tuesday, is slated to assess what "we think the overall impact was and who caused it, and who did it."

Trump earlier spoke with CIA Director Gina Haspel, who briefed him on the agency's findings in the case. Trumps said the CIA has not "assessed anything yet. It’s too early,” after the Washington Post first reported on Friday the CIA determined with high confidence Crown Prince Mohammad bin Salman ordered Khashoggi's killing.

The State Department also denied reports the administration has made a final conclusion, calling them "inaccurate."

"There remain numerous unanswered questions with respect to the murder of Mr. Khashoggi," State Department spokeswoman Heather Nauert said in a statement. "The State Department will continue to seek all relevant facts. In the meantime, we will continue to consult Congress, and work with other nations to hold accountable those involved in the killing of Jamal Khashoggi."

Khashoggi was killed shortly after he entered the Saudi consulate general in Istanbul Oct. 2.

His body has yet to be returned to his family, which has been seeking its return, amid reports that it was chemically dissolved.

The U.S. earlier this week sanctioned 17 people tied to Khashoggi's murder, including the Saudi Consul General in Istanbul Mohammad al-Otaibi. But bin Salman, the de facto Saudi leader, was not among the designated individuals amid widespread speculation the hit could not have been carried out without his consent.

Nauert alluded to the U.S. action as well as previously announced visa penalties on the Saudi suspects, saying Washington has already "taken decisive measures against the individuals responsible."

"We will continue to explore additional measures to hold those accountable who planned, led and were connected to the murder. And, we will do that while maintaining the important strategic relationship between the United States and Saudi Arabia," she said.

Earlier Saturday, Senator Bob Corker who chairs the pivotal Foreign Relations Committee cast doubt that anyone besides bin Salman could have been responsible for ordering Khashoggi's muder.

"Everything points to the Crown Prince of Saudi Arabia, MbS, ordering @washingtonpost journalist Jamal #Khashoggi's killing. The Trump administration should make a credible determination of responsibility before MbS executes the men who apparently carried out his orders," he said on Twitter, alluding to Riyadh's announcement that it would seek the death penalty for five of the 11 suspects charged with Khashoggi's murder.