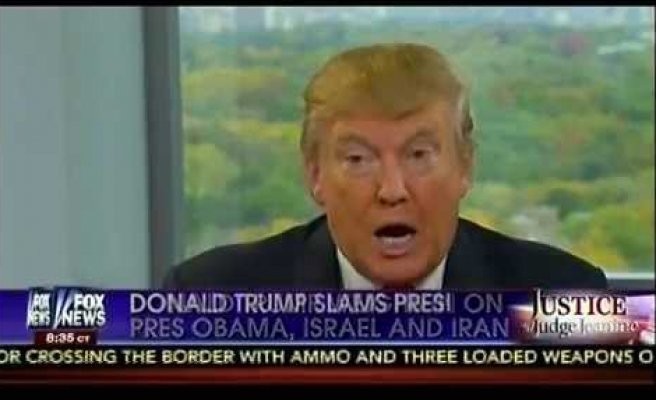 US presidential hopeful Donald Trump declared on Monday that his first foreign policy priority would be to dismantle the Iran nuclear deal, and called for the US to significantly cut spending on NATO.

“My number one priority is to dismantle the disastrous deal with Iran,” the Republican frontrunner told the conference of the US pro-Israel lobby, AIPAC, in Washington.

“I have been in business a long time. I know deal making. And let me tell you, this deal is catastrophic. For America, for Israel and for the whole of the Middle East.”

Trump, whose world views have been rebuked by a section of the Republican establishment, made the comments as he unveiled a partial list of foreign policy advisors who are relatively little known.

Speaking from a teleprompter, Trump did not receive as warm a reception at the AIPAC event as he does in his bombastic campaign rallies, but the crowd warmed to his attacks on Iran and US President Barack Obama.

“With President Obama in his final year – yeah! – he may be the worst thing to ever happen to Israel, believe me. Believe me,” he said to applause.

“We will totally dismantle Iran’s global terror network which is big and powerful but not powerful like us,” he vowed, accusing the current White House of pressuring US allies while rewarding enemies like Iran.

Trump also pledged to veto any attempt by the United Nations to “impose its will on Israel” and recognise Jerusalem as Israel’s capital, moving the US embassy there.

“There’s nobody more pro-Israel than I am. We have to protect Israel. Israel is so important to us.”

Israel regards the divided city as its capital but many countries, including its ally the United States, have resisted moving their missions there while its status and borders are still a matter of dispute.

Palestinians also see the city – which is holy to Jews, Christians and Muslims – as their future capital, and any final peace deal between the peoples would have to include an agreement on sovereignty.