Republican front-runner Donald Trump on Wednesday warned of riots if he is denied the party's presidential nomination and has pulled the plug on a scheduled debate among candidates. 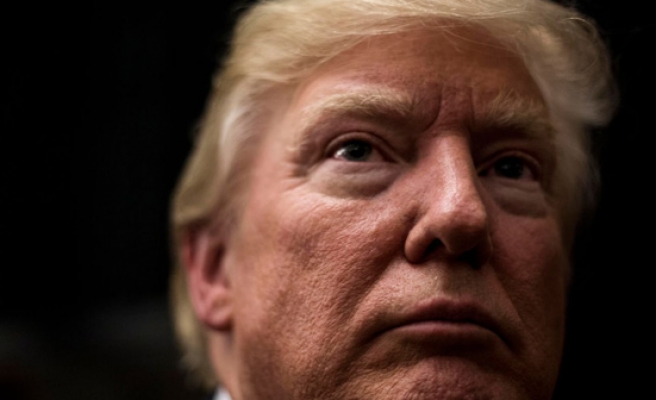 Donald Trump warned Wednesday of riots if he is denied the Republican presidential nomination, after adding to his growing pile of primary wins but losing in the key state of Ohio.

Trump and Democrat Hillary Clinton emerged from the "Titanic Tuesday" contests in five states as their party's clear frontrunners, but the billionaire real estate mogul's failure to sweep the races means he may fall short of the delegates needed to win the Republican nomination outright.

After the most divisive US campaign in nearly half a century, one that has shattered all rules of decorum and aroused an angry electorate, it remains unclear whether Trump can unite his party in time for the Republican convention in Cleveland in July.

Top Republican powerbrokers are still maneuvering to derail Trump, seen as an outsider who hijacked the party primaries, and are looking to a so-called brokered convention -- which can occur if no candidate wins a majority of delegates by June -- as their likely last chance.

But that extraordinary scenario -- in which the party would seek to override the outcome of the primaries and unite around an alternative candidate -- is a long shot few in the party seem to have the stomach for.

"If Trump has hundreds more delegates than the runner-up... it will be exceedingly difficult to deny him the nomination. In fact, to do so would be to guarantee a meltdown of historic proportions in Cleveland," said Sabato's Crystal Ball, a newsletter by a group of US political scientists.

By far the more probable outcome is for the candidate with the most votes -- in all likelihood Trump -- to be voted in as the White House nominee following a round of deal-making in the run-up to the convention.

Tuesday's primaries leave Trump with 640 delegates, against 405 for his closest rival, Texas Senator Cruz and 138 for Ohio Governor John Kasich, according to a CNN count.

He needs 1,237 to win the nomination -- difficult but not impossible.

In an interview with CNN, Trump said he believed there would be "a natural healing process" but if he arrives at the convention 100 delegates short, "I don't think you can say we don't get it automatically."

"I think you would have riots," he said.

The billionaire's candidacy has drawn a following of millions, many of whom have never voted before because they don't believe in the system, he claims.

"If you disenfranchise those people and say, 'I'm sorry, you're 100 votes short,' even though the next one is 500 votes short, I think you would see problems like you've never seen before," he said.

Trump won at least three of Tuesday's primaries, including the biggest prize of the night, winner-take-all Florida and its 99 delegates.

Missouri remained too close to call Wednesday, but Kasich easily took his home state, another winner-take-all contest with 66 delegates.

"Donald Trump could have generated unstoppable momentum had he won both Ohio and Florida," said Sabato's Crystal Ball. "But now it's clear to everyone that this will go right through June 7, the end of the Republican primary season."

With the departure of Florida Senator Marco Rubio -- blown out of the race after a humiliating defeat in his home state -- Trump's competition has narrowed to Cruz and Kasich.

Of the two, only Cruz has a mathematical possibility of winning the nomination, but he would have to do extraordinarily well in all the remaining contests.

Whatever the future holds for him, Trump's sway remains undeniable.

Trump announced Wednesday he would not be taking part in next week's Republican presidential debate hosted by Fox News -- prompting the network to pull the plug on the event.

"I think we've had enough, how many times can the same people ask you the same questions?" Trump said.

"So I was very surprised when I heard that Fox called for a debate, nobody told me about it, and I won't be there, no."

Clinton, meanwhile, came out of the latest set of primaries with a much clearer path to the Democratic nomination, defeating rival Bernie Sanders in Florida, Ohio, Illinois and North Carolina. Clinton was narrowly ahead in Missouri but that race was also still too close to call.

Those victories, adding to previous wins, brings Clinton's total of delegates -- including previously pledged "superdelegates" -- to more than 1,500, against less than 800 for Sanders. The 2,383 delegates needed for the Democratic nomination was in sight for her.

Clinton's head of communications Jennifer Palmieri said it was unlikely that Sanders could overcome their delegate lead.

"We think it would be very difficult, if not impossible for him to overtake her at this point," she told CNN.

Sanders congratulated Clinton, but added that with more than half the delegates "yet to be chosen and a calendar that favors us... we remain confident that our campaign is on a path to win the nomination."