Trump: We defend you, you have to pay king Salman

'You have to pay for your military, you have to pay,' Trump tells King Salman during campaign rally in Mississippi 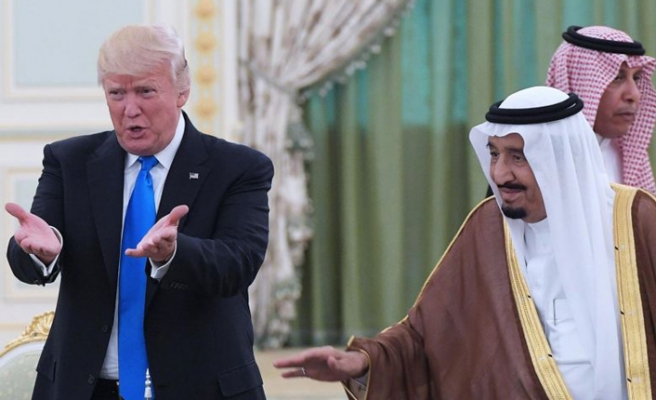 Donald Trump has warned Saudi Arabia's King Salman he would not last “two weeks" without the backing of the US military.

Trump, in an effort to pile pressure on one of America’s closest allies over the rising cost of oil, called on the kingdom to increase its defence budget or face an uncertain future.

Speaking at a campaign rally in Mississippi, he said: "I love the king, King Salman, but I said: 'King, we're protecting you. You might not be there for two weeks without us. You have to pay for your military, you have to pay."'