Turkey's first lady awarded for humanitarian aid in US 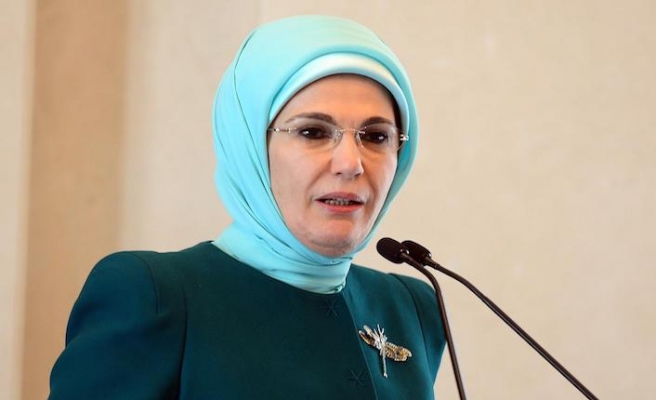 NEW YORK (AA) - Turkey's First Lady Emine Erdogan was honored with a special distinction award from U.S.-based Global Hope Coalition (GHC) for reacting with compassion and dignity to the plight of refugees.

While Erdogan is in Germany accompanying President Recep Tayyip Erdogan, Presidential Chief Advisor Professor Gulnur Aybet received the award on behalf of her during the GHC annual dinner held in New York on Thursday.

"Turkey will continue to be the voice of the oppressed!" Erdogan said in a tweet, thanking those who gave the award.

In the invitation letter to the dinner extended to Erdogan on Sept. 3, the Honorary President of Global Hope Coalition Irina Bokova said: "We would be honored if you accept our award honoring Turkey's compassionate and humane treatment of Syrian and other refugees."

The GHC annual dinner was attended by many heads of states and high level political leaders.