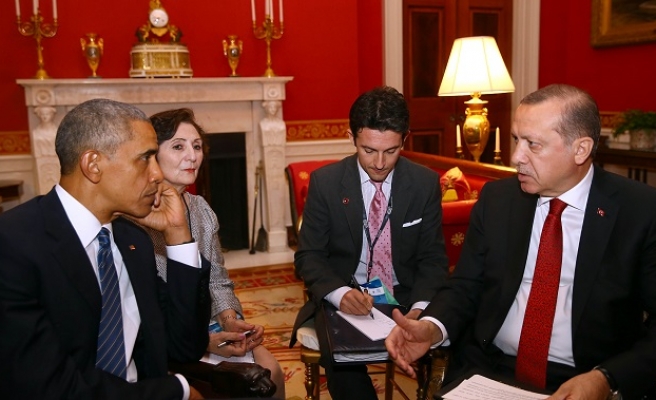 The leaders of Turkey and the U.S. on Thursday discussed bilateral cooperation and regional security at a meeting following a dinner to kick off a global nuclear summit, the White House said.

The White House meeting on the margins of the two-day Nuclear Security Summit also addressed counterterrorism and migration.

Obama extended condolences to Erdogan for victims of recent terrorist attacks in Turkey, according to a White House statement that said the American leader reaffirmed support "for Turkey’s security" and both countries' "mutual struggle against terrorism."

Erdogan and Obama also discussed how to advance shared efforts to eliminate the ISIL militant group during the 50-minute talk.

The Turkish president on Friday is expected to hold separate bilateral meetings with other world leaders, his office said.