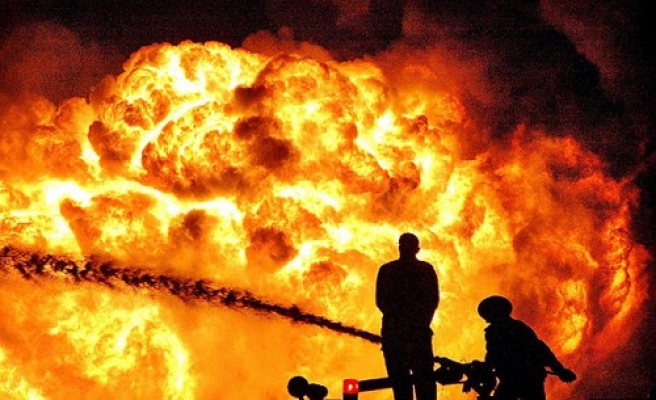 Two inmates were killed and between 100 and 150 prisoners and guards injured in an apparent gas explosion at a jail in northern Florida late on Wednesday, a county official said.

"The building is still standing, its just unstable and partially collapsed," Castro told Reuters, describing the incident as an "apparent gas explosion".

"We have reports people heard an explosion and smelled gas. There was no fire," she said, adding that the blast may have been related to severe storms that have hit the southern United States.

"The facility did receive extensive flooding as a result of the rains yesterday," Castro said.

She said two inmates were killed and between 100 and 150 of those present were injured, adding it was unclear how the inmates died or the breakdown of injured inmates and guards.

A statement on the Escambia County website made no mention of gas, saying only it was an "apparent explosion" after earlier reporting it was "an apparent gas explosion".

The facility, holds about 400 men and 200 women. Injured prisoners were being transported to hospital, with those uninjured being sent to other detention centers in Escambia County and neighboring Santa Rosa County, Castro said.

Castro described a frenetic scene where officials were scrambling to get people out of the building, provide medical care, and working to make sure inmates were detained and routed to other facilities. The search and rescue operation was ongoing, though the building had been secured.

Escambia County is located in the northwestern part of Florida, in the southern United States.

About 100 inmates were being transferred to the Santa Rosa County Sheriff's Office jail, though the exact number was not known, office spokesman Rich Aloy said.