UN chief to welcome Canada back to world stage

UN officials say Ban Ki-moon is hoping to enlist Canada as solid ally in months ahead as he pushes for concrete action on climate change, beefing up UN peacekeeping and creating more safe havens for refugees 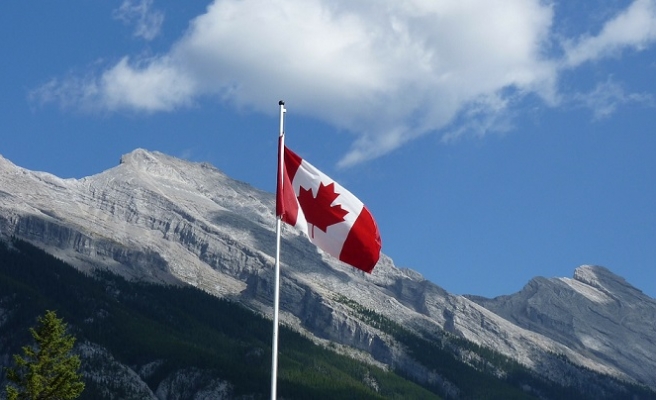 Ban will visit Ottawa and Montreal on Thursday and Friday, three months after Trudeau took office and declared "Canada is back," signaling a break with the former conservative government's policies.

UN officials say Ban is hoping to enlist Canada as a solid ally in the months ahead as he pushes for concrete action on climate change, beefing up UN peacekeeping and creating more safe havens for refugees.

The UN chief will be accompanied by two senior UN officials -- head of UN peacekeeping Herve Ladsous and aid chief Stephen O'Brien -- for talks that will touch on Canada's reengagement with the United Nations.

"We want Canada back on the world stage, but in this multilateral context, working with the UN on the global agenda," a senior UN official told said on Tuesday.

During former prime minister Stephen Harper's nine years in power, Canada suffered a loss of status at the United Nations as the government focussed on its domestic agenda, diplomats said.

Ban will be keen to hear Trudeau outline his new commitments to fight climate change, an issue that is shaping up as a priority for the UN chief in his final 10 months in office, the official said.

Canada's decision to take in 25,000 Syrian refugees "is exactly the kind of behavior that the secretary-general wants to encourage from other UN member states," he said.

Ban will meet Syrian refugees who have recently resettled to Canada.

His talks with Trudeau will also focus on renewing Canada's funding to the UN Palestinian refugee agency UNRWA that was frozen in 2013.

UNRWA has been hit by one of the biggest funding shortfalls of all UN agencies.

The UN chief will encourage Canada to become a bigger contributor to UN peacekeeping and "come back to the way it used to be" during the days of former prime minister Lester Pearson, considered the architect of modern peacekeeping.

Canada will be asked to contribute troops, personnel, expertise, training and equipment to UN peacekeeping, particularly to shore up the struggling UN missions in Mali and Central African Republic.

UN efforts to stabilize Haiti and UN reform initiatives are also on the agenda for the meetings intended to woo Trudeau's government to be a "bigger player" on the world stage, said the official.

In a nod to 44-year-old Trudeau, who also serves as minister of youth, Ban is taking his youth envoy Ahmad Alhendawi of Jordan along for the visit.