Arms-control activists blamed the United States and Russia for the inability to reach a decision, as both countries said there was not enough time left for them to clarify and resolve issues they had with the draft treaty. 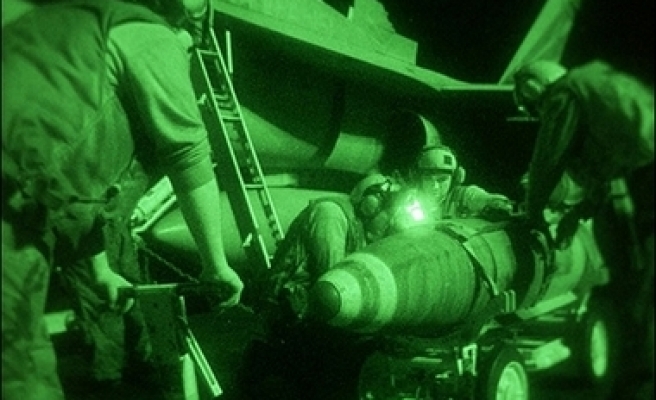 Delegations from around the world failed on Friday to agree a landmark U.N. arms-trade treaty to regulate the more than $60 billion industry, opting for further talks and a possible U.N. General Assembly vote by the end of the year, diplomats said.

More than 170 countries have spent the past month in New York negotiating a treaty, which needed to be adopted by consensus, so any one country effectively could have vetoed a deal. Instead, no decision was taken on a draft treaty.

But this leaves the door open for further talks and a draft arms-trade treaty could be brought to the 193-nation U.N. General Assembly and adopted with a two-thirds majority vote. Diplomats said there could be a vote by the end of the year.

"We feel that we could have agreed (a treaty). It is disappointing that more time is needed. But an arms-trade treaty is coming - not today - but soon. We've taken a big step forward," said a spokesman for Britain's delegation.

One person every minute dies from armed violence around the world, and arms control activists say a convention is needed to prevent illicitly traded guns from pouring into conflict zones and fueling wars and atrocities. They cited conflicts in Syria and elsewhere as examples of why a treaty is necessary.

While most U.N. member states favored a strong treaty, activists said there was a small minority of states, including Syria, North Korea, Iran, Egypt and Algeria, who loudly voiced opposition to global arms control throughout the negotiations.

But ultimately, arms-control activists blamed the United States and Russia for the inability to reach a decision on Friday, as both countries said there was not enough time left for them to clarify and resolve issues they had with the draft treaty.

"Moving forward, President Obama must show the political courage required to make a strong treaty that contains strong rules on human rights a reality," said Scott Stedjan, a senior policy advisor at Oxfam America, which fights poverty and other injustices.

The draft arms-trade treaty under negotiation required countries to assess if a proposed arms export could be used to commit or facilitate a serious violation of international humanitarian or human rights law.

"The conference's inability to conclude its work on this much-awaited ATT, despite years of effort of member states and civil society from many countries, is a setback," said

"There is already considerable common ground and states can build on the hard work that has been done during these negotiations," he said.

The treaty would only have come into effect after it was ratified by 65 countries.

"Today was the day for political courage - not delays and dithering," said Anna Macdonald, head of arms control at Oxfam. "Some 50,000 people lost their lives through armed violence during the course of these month-long negotiations. The out-of-control arms trade must - and will - be stopped."

The negotiations on the treaty in New York were delayed for the first week by a dispute over Palestinian participation, which was eventually resolved by allowing the delegation to sit at the front of the negotiating hall but without the right to participate as states with voting rights.

Such procedural bickering was typical of the arms-trade talks, diplomats say, as countries that would prefer not to have a strong treaty tried to prevent the negotiations from moving forward. In February, preparatory talks on the rules nearly collapsed due to procedural wrangling and other disagreements.

One of the reasons this month's negotiations are taking place is that the United States, the world's biggest arms trader accounting for over 40 percent of global conventional arms transfers, reversed U.S. policy on the issue after Barack Obama became president and decided in 2009 to support a treaty.

But U.S. officials say Washington insisted in February on having the ability to veto a weak treaty.

It wanted to protect U.S. domestic rights to bear arms - a sensitive issue in the United States that has been back in the national spotlight after a gunman opened fire in a movie theater a week ago, killing 12 people and wounding 58 other.

A U.N. arms trade treaty would not "interfere with the domestic arms trade and the way a country regulates civilian possession," the U.N. Office for Disarmament Affairs has said.

The other five top arms suppliers are Britain, China, France, Germany and Russia.