The proposal was backed by South American defense and foreign ministers meeting in Uruguay's capital, Montevideo, whose countries have contributed the bulk of the peacekeepers. 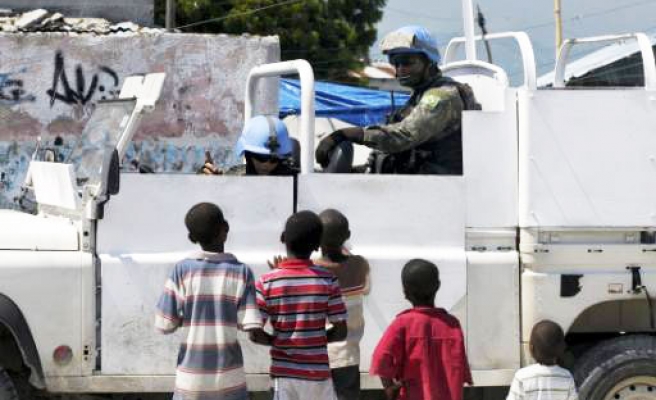 The head of the United Nations mission in Haiti said on Thursday he will ask the U.N. Security Council next week to allow a gradual reduction in peacekeeping forces in the Caribbean country.

The proposal was backed by South American defense and foreign ministers meeting in Uruguay's capital, Montevideo, whose countries have contributed the bulk of the peacekeepers.

The seven-year-old mission was expanded by 2,000 troops to nearly 12,300 after a crippling earthquake struck Haiti early last year, but officials said conditions have since improved.

"The proposal is under way, and we agree that the increase ... due to the earthquake can now be reduced. The soldiers have practically completed their tasks," said Chilean national Mariano Fernandez, who heads the so-called MINUSTAH mission.

"The objective is to achieve political stability and strengthen the country's institutions ... if that goes well, the program can reduce (its troops)," Fernandez said, adding the proposal will be put to the Security Council on Sept. 16.

Brazil's defense minister said earlier this week his country hoped to withdraw some of its soldiers from Haiti. Brazil has the largest contingent in the mission at 2,166 troops.

Although South American countries remain committed to the peacekeeping mission, Uruguayan Foreign Minister Luis Almagro said they agreed with the scaling down of the operation.

"This should be gradual and based on (Haiti's) security and sustainable development," Almagro told a news conference after Thursday's meeting of regional ministers.

In a joint statement, the ministers condemned the alleged rape of an 18-year-old Haitian man by Uruguayan soldiers while also praising Uruguay's apology to Haiti people. The alleged crime sparked public anger in Haiti this week.

Almagro said the soldiers' actions were "aberrations, contrary to morality and judicial norms."