Zeid Ra'ad Al Hussein says there is a risk of 'unlocking a Pandora's Box', which could have extremely damaging implications for the human rights of many millions of people 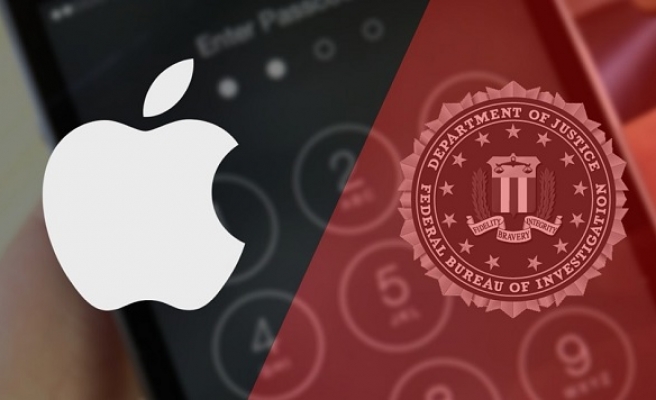 An FBI bid to force Apple to unlock an iPhone risks setting a dangerous precedent that could have serious global ramifications for human rights, the United Nations rights chief warned Friday.

"In order to address a security-related issue related to encryption in one case, the authorities risk unlocking a Pandora's Box that could have extremely damaging implications for the human rights of many millions of people, including their physical and financial security," Zeid Ra'ad Al Hussein said in a statement.

He warned that an FBI order that would require Apple to help unlock an iPhone used by one of the perpetrators of the December 2 attack in San Bernardino, California, would "set a precedent that may make it impossible for Apple or any other major international IT company to safeguard their clients' privacy anywhere in the world."

Apple has argued that the only way to unlock the phone would be to introduce a weakened operating system, which could potentially leak out and be exploited by hackers and foreign governments.

The FBI has argued that by introducing encryption that can lock data, making it accessible only to the user, Apple and others are essentially creating "warrant-proof zones" for criminals and others that will cripple law enforcement and jeopardise public safety.

Zeid voiced understanding for the FBI's desire to leave no stone unturned in its investigation.

"The FBI deserves everyone’s full support in its investigation into the San Bernardino killings. This was an abominable crime," he said of the attack that left 14 people dead.

But he insisted that "this case is not about a company – and its supporters -- seeking to protect criminals and terrorists, it is about where a key red line necessary to safeguard all of us from criminals and repression should be set."

"There are many ways to investigate whether or not these killers had accomplices besides forcing Apple to create software to undermine the security features of their own phones," Zeid said, warning that if Apple is forced to do so, "it is potentially a gift to authoritarian regimes, as well as to criminal hackers."

The human rights chief pointed out that "encryption tools are widely used around the world, including by human rights defenders, civil society, journalists, whistle-blowers and political dissidents facing persecution and harassment."

"Encryption and anonymity are needed as enablers of both freedom of expression and opinion, and the right to privacy," he said, stressing that "without encryption tools, lives may be endangered."