More than 1.6 million people have abandoned their homes and half of these have sought refuge in countries like Mauritania, Burkina Faso, Niger and Chad, which are already under strain. 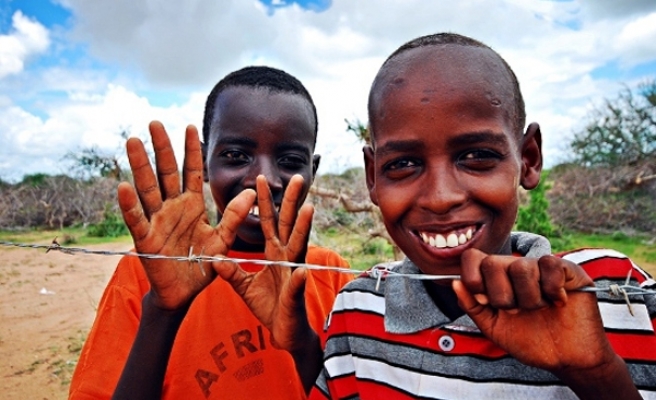 The United Nations appealed on Monday for more than $2 billion to feed and care for a record 20 million people across Africa's Sahel belt, but aid workers said they feared donor fatigue and a weak global recovery may prevent them from reaching the target.

Conflicts in Mali, Nigeria, Sudan and Central African Republic have disrupted markets and caused food shortages across the savannah region, the U.N. Office for the Coordination of Humanitarian Affairs (OCHA) has warned.

The problems in the Sahel, a semi-arid belt south of the Sahara Desert that stretches from the Atlantic Ocean eastward to the Red Sea, have also weighed on the United Nations' efforts to protect refugees, another component of its aid appeal.

More than 1.6 million people have abandoned their homes and half of these have sought refuge in countries like Mauritania, Burkina Faso, Niger and Chad, which are already under strain.

The impact is to distort local food production and make it harder for countries battling to feed their own populations.

However, funding may fall short because of a slow global economic recovery and a $6.5 billion appeal forSyria, the largest U.N. humanitarian campaign in history, said Robert Piper, the U.N. regional humanitarian coordinator for the Sahel.

"This year is make or break for the Sahel," said Piper.

"It's the year we see if we can translate theory into practice and start bringing aid workers together to work with national governments and reverse these trends that have been deteriorating year after year," he said.

Food insecurity, which is a measure of hunger within a population due to conflict or climate, has almost doubled in the last year in the Sahel, a region that sees cyclical floods and droughts as well as locust infestations and epidemics.

Two countries present contrasting challenges. Nigeria has high levels of malnutrition and the risk of widespread hunger but an insurgency makes it harder to address the problems.

The Sahel region has seen a marginal increase in its harvest compared to a five-year average but any positive effect has been partly offset by another problem facing aid workers: population growth.

In one example, Niger's fertility rate is seven children per mother. In all, there is 13 percent less food to go round due to population growth, OCHA said.