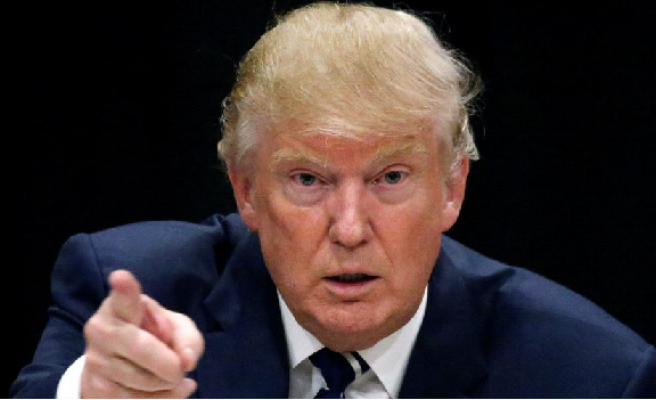 The United Nations has been hampered by 'bureaucracy and mismanagement', President Donald Trump said Monday in his first address before the international body.

"Focus more on people and less on bureaucracy," Trump said during a special session on UN reform ahead of the General Debate that begins Tuesday.

The U.S. president has often criticized the UN, saying Washington pays a disproportionate share of UN dues, a claim he made reference to Monday.

“To honor the people of our nations we must ensure that no one and no member state shoulders a disproportionate share of the burden -- and that’s militarily or financially,” he said, urging "clearly defined goals and metrics" for UN peacekeeping missions.

The U.S. pays about one-fifth of the UN's budget, and nearly a third of its separate peacekeeping funds.

Despite increased funding and staffing since 2000, the international body is not "seeing the results in line with this investment”, he said.

But he commended Secretary Antonio Guterres' efforts to bring change to the 193-nation body, saying the U.S. and member states "support this great reform vision".

"We pledge to be partners in your work, and I am confident that if we work together and champion truly bold reforms, the United Nations will emerge as a stronger, more effective, more just and greater force for peace and harmony in the world,” he said.

As he departed, Trump told reporters the UN has "tremendous potential".

Asked what his main message is for the General Assembly, Trump said "make the United Nations Great. Not again," referring to his campaign slogan to "Make America Great Again".

During the reform session, Trump alluded to one of his eponymous properties, Trump World Tower, when he said he "saw great potential right across the street.

"And it was only for the reason that the United Nations was here that that turned out to be such a successful project,” he said.

Trump World Tower sits across from the UN'sh eadquarters in New York.