US: 40 killed in California wildfires

More than 200,000 acres destroyed as 15 large fires continue to burn 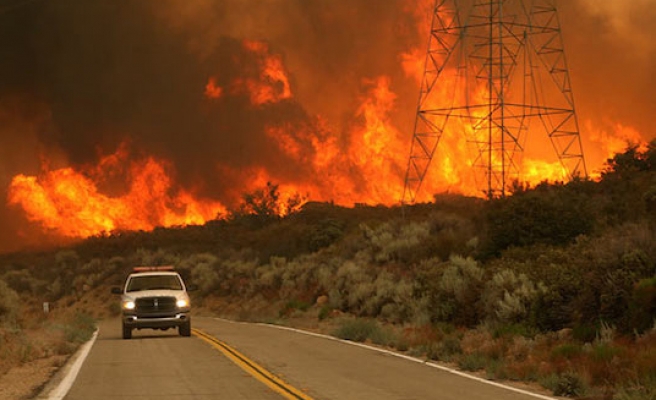 Firefighters are making headway Sunday against two major wildfires in California that have decimated wide swathes of the state's lush north.

High winds that dogged firefighting efforts Saturday have largely died down allowing first responders to gain some ground, according to local media.

Of the six major blazes being fought in the state’s wine country, the Atlas and Tubbs fires are now more than 50 percent contained.

The Atlas fire has burned more than 51,000 acres (21,000 hectares) and is 56 percent contained, according to the California Department of Forestry and Fire Prevention, or Cal Fire.

But in between the two infernos, a separate fire is threatening to join Tubbs even as temperatures cool and winds die down.

At least 40 people have been killed and at least 5,700 structures have been destroyed as 15 large fires continue to rage, according to the California Office of Emergency Services. In total, they have consumed more than 217,000 acres (88,000 hectares).