Biden defended the U.S. decision to wait until last month to begin airstrikes against ISIL targets in Syria, which has already endured a bloody civil war that has killed 190,000 people 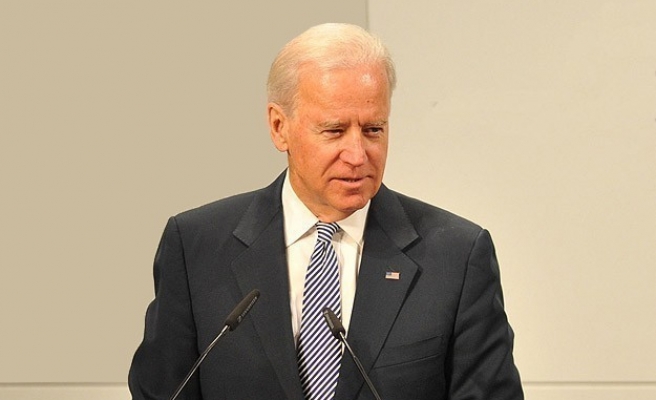 The battle to stop ISIL militants' advance in Syria and Iraq is going to be a "hell of a long fight" for the United States and its coalition partners, Vice President Joe Biden said on Thursday.

But Biden defended the U.S. decision to wait until last month to begin airstrikes against ISIL targets in Syria, which has already endured a bloody civil war that has killed 190,000 people.

The United States needed to wait for nations including Saudi Arabia, Qatar and Russia to be willing to offer support, Biden said.

"Now we have a coalition, but it's still going to be a hell of a long fight, A hell of a long fight," Biden told an audience of academics at Harvard University in Cambridge, Massachusetts, just outside Boston. "But it cannot be, even if we wanted to, cannot be our fight alone. This cannot be turned into a U.S. ground war against another Arab nation in the Middle East."

Biden cited the decision by Turkey's parliament on Thursday to authorize military action against ISIL insurgents who have strengthened their presence at Turkey's border, as well as to allow foreign troops to launch operations from Turkey, as evidence of the coalition's success in gathering support.

The United States waited before acting because of the difficulty in determining if it could support any element of the armed factions fighting in the region, Biden said.

"We Americans think that in every country in transition, there is a Thomas Jefferson hiding behind some rock, or a James Madison beyond one sand dune. But the fact of the matter is ... there was no moderate middle," Biden said. "We have been training moderate forces, but we have been very selective in making sure who they were and vetting them."

Several thousand fighters have been trained, said Biden adding that the precise number was classified.

But he emphasized the United States had no plans to commit combat forces to a ground war against ISIL militants.

"Degrading them does not depend on the unsustainable deployment of hundreds of thousands of boots on the ground," Biden said. "This campaign against violent extremism predates our administration and it will outlive our administration."

He also said that ultimately, the ISIL militants posed little risk to the United States.

"Our response must be deadly serious but we should keep this in perspective. The United States today faces threats that require attention, but we face no existential threat to our way of life or to our security," Biden said.

While alluding to the April 15, 2013, attack on the Boston Marathon that killed three people and injured more than 260, Biden said: "You are twice as likely to be struck by lighting as you are to be affected by a terrorist event in the United States."