U.S. and Cuba sit down for historic talks on restoring ties

U.S. and Cuba have been locked in Cold War-era hostilities. 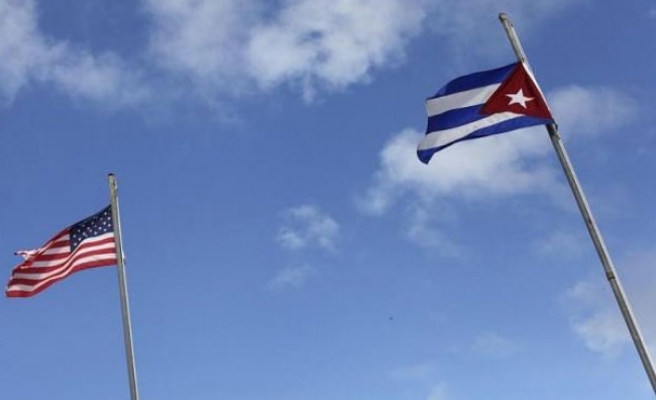 The highest-level U.S. delegation to Cuba in 35 years begins talks on Wednesday aimed at restoring diplomatic ties and eventually normalizing relations between two adversaries who have been locked in Cold War-era hostilities.

The two days of meetings are the first since U.S. President Barack Obama and Cuban President Raul Castro announced on Dec. 17 they had reached a historic breakthrough after 18 months of secret negotiations.

Obama has set the U.S. on a path toward removing economic sanctions and Washington's 53-year-old trade embargo against the communist-ruled island, telling Congress in his annual State of the Union address on Tuesday that "we are ending a policy that was long past its expiration date."

Talks will focus on immigration on Wednesday and turn to restoring diplomatic ties on Thursday.

Both sides are also expected to outline longer-term goals. While Cuba will seek the repeal of Washington's 53-year-old economic embargo and ask to be removed from the U.S. list of state sponsors of terrorism, the Americans will press the one-party state for greater human rights.

On immigration, Cuba has said it will protest U.S. laws that welcome Cubans into the United States once they set foot on American soil, an exceptional policy that Cuba says promotes people-trafficking and dangerous journeys across the Florida Straits on flimsy vessels.

Obama has the executive authority to restore diplomatic ties but needs the Republican-controlled Congress to lift the economic embargo.

A senior Cuban foreign ministry official on Tuesday drew a distinction between restoring diplomatic ties and the broader issue of normalizing relations.

The official said normal relations would require the United States to lift the embargo, remove Cuba from terrorism list and stop recruiting Cuban doctors to defect.

The U.S. delegation will be led by Roberta Jacobson, the top U.S. diplomat for Latin America and the first U.S. assistant secretary of state to visit Cuba in 38 years. A U.S. official of similar rank visited Cuba 35 years ago.

The Cuban team will be led by Josefina Vidal, the foreign ministry's chief diplomat for U.S. affairs.