US and Russia clash over resolution on Syria 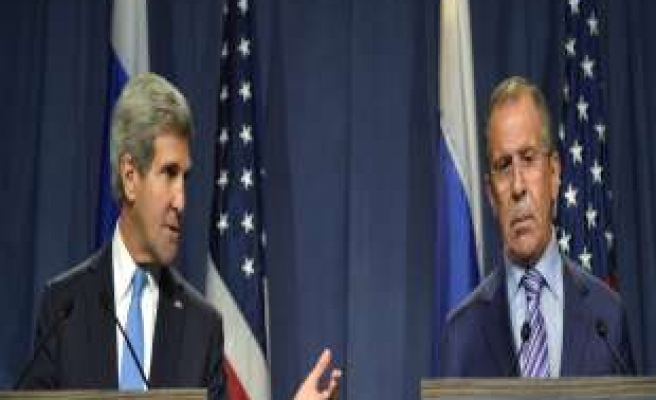 Just hours after US President Barack Obama called on the UN Security Council to adopt a resolution to enforce a US-Russian plan that aims to eliminate Syria’s chemical weapons stockpiles, it appears that the US and Russia, both Security Council members, are deadlocked over how to proceed.

Speaking at the General Assembly Tuesday, Mr Obama said, “The Syrian government took a first step by giving an accounting of its stockpiles. Now, there must be a strong Security Council resolution to verify that the Assad regime is keeping its commitments, and there must be consequences if they fail to do so.”

Such a resolution seems far off.

Speaking after meeting with his American counterparts, Russian Deputy Foreign Minister Sergei Ryabkov said, “Regrettably, I have to admit that our contacts with Americans are not very smooth and, generally speaking, are not moving in the direction in which they should be moving today.”

Despite Obama squarely placing the blame for the chemical attack on the Syrian government, Russian officials continue to maintain that the large-scale attack could have been the work of rebel groups.

“Even though they agreed to a compromise on chemical weapons, US representatives keep insisting that the Syrian regime, as they call it, is responsible. Without presenting any irrefutable evidence, they are saying all the time that the plans to ‘punish’ Damascus, even through military intervention, remain in force,” said Ryabkov.

Thus far, Russia has vetoed three Security Council resolutions that would have placed the blame for the on-going violence on Syrian President Bashar al-Asad.

Another key hurdle to the development of a resolution is whether or not Chapter 7 of the UN Charter would be enacted if Syria fails to comply with the US-Russian-brokered chemical weapon plan. Chapter 7 allows the Security Council to take action, either military or non-military, to “maintain or restore international peace and security.”

For its part, Russia appears adamant that such language not be included in any resolution.

US Secretary of State John Kerry and Russian Foreign Minister Sergei Lavrov met for approximately ninety minutes Tuesday to hash out their differences. The American side described the meeting as substantive and productive. No word was given, however, as to whether or not the two sides had reached an agreement on an enforcement mechanism for the resolution.

Following the meeting, a senior administration official, speaking on condition of anonymity, said that the rebels, “certainly did express disappointment that there hadn’t been a military strike.”