US angers India with F-16 sale to Pakistan

The US has approved selling up to eight Lockheed Martin F-16 fighter jets to Pakistan, along with training, radar and other equipment, worth a total of $699m. 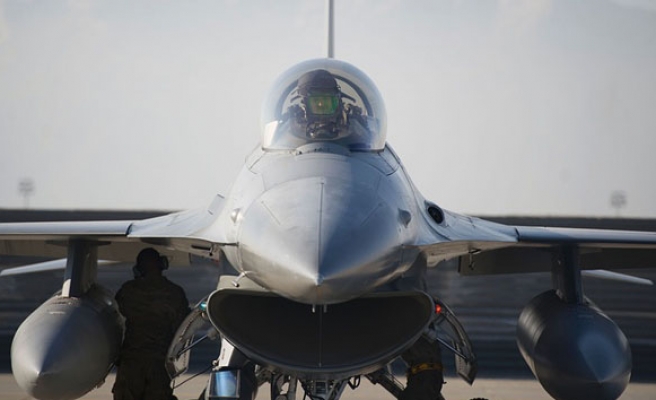 The United States said Friday it had approved selling up to eight Lockheed Martin F-16 fighter jets to Pakistan, along with training, radar and other equipment, worth a total of $699 million.

The Defense Security Cooperation Agency, which coordinates such foreign arms sales, said it had informed Congress of the plans on Thursday.

"This proposed sale contributes to US foreign policy objectives and national security goals by helping to improve the security of a strategic partner in South Asia," it said in a statement.

The F-16 aircraft would allow Pakistan's Air Force to operate in all kinds of weather, at night, as well as "enhance Pakistan's ability to conduct counter-insurgency and counterterrorism operations."

Pakistan's arch-rival India said it was "disappointed" by the possible sale.

"We are disappointed at the decision of the Obama administration to notify the sale of F-16 aircrafts to Pakistan," Indian Foreign Ministry spokesman Vikas Swarup said on Twitter.

"We disagree with their rationale that such arms transfers help to combat terrorism."

He said India planned to summon the US ambassador "to convey our displeasure."

The Defense Security Cooperation Agency stressed, however, that "the proposed sale of this equipment and support will not alter the basic military balance in the region."