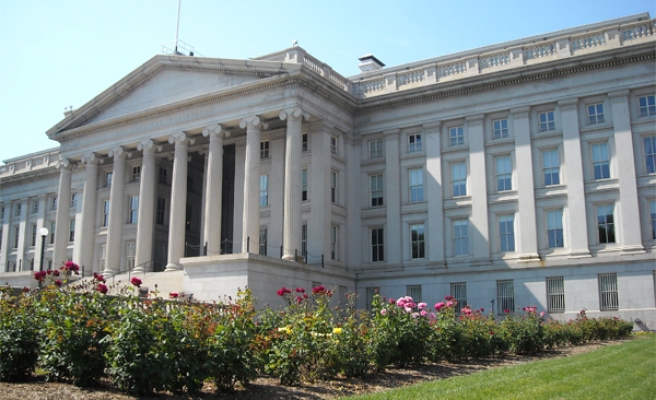 The U.S. on Monday blacklisted an extensive money counterfeiting network it says has been used by the Islamic Revolutionary Guard Corps-Qods Force (IRGC-QF) to print fake Yemeni bank notes potentially worth hundreds of millions of dollars.

The network used deceptive measures "to circumvent European export control restrictions" in order to get advanced equipment and supplies, the Treasury Department said in a statement.

"Counterfeiting strikes at the heart of the international financial system, and the fact that elements of the government of Iran are involved in this behavior is completely unacceptable,” Treasury Secretary Steven Mnuchin said in a statement.

"This counterfeiting scheme exposes the serious risks faced by anyone doing business with Iran, as the IRGC continues to obscure its involvement in Iran’s economy and hide behind the façade of legitimate businesses to perpetrate its nefarious objectives,” he added.

Among those designated Monday are Reza Heidari, who the Treasury Department said has been central to the IRGC-QF's attempts to procure advanced printing materials and equipment through his companies, which include two Germany-based companies - ForEnt Technik GmbH and Printing Trade Center GmbH.

Mahmoud Seif and his Tejarat Almas Mobin Holding were also blacklisted for assisting the counterfeiting effort through logistics support and importing counterfeiting materials into Iran, the Treasury said.

Seif previously worked to provide weapons to the IRGC-QF, it added.