US blocks own online anti-terror docs linking PYD to PKK 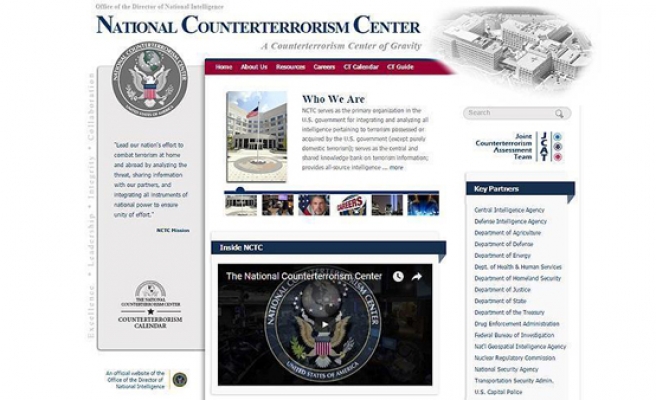 The National Counterterrorism Center (NCTC) has blocked access to its webpages designating PYD as the "Syrian affiliate" of the terrorist PKK group.

Visitors to the site on Thursday were greeted with an error message when attempting to access the PKK section that gives profiles of the terrorist groups. By Friday, access was denied to the entire section.

Before it was blocked, the profile page for the PKK -- listed as a terrorist organization by the U.S -- mentioned the PYD as a cause for a "heightened threat to Turkey and increased tensions along the border".

The PYD "has increased its presence in northern Syria along the border with Turkey by establishing control in Kurdish areas," according to the web document.

That particular reference to the group was also included in the 2013 calendar edition issued online by the NCTC, although it has been removed for the current 2015 edition and the previous 2014 publication.

A separate NCTS Web page on Turkey's domestic terrorism doesn't list the PYD and an Internet search for the agency's listed terror organizations sends users to a page that is unavailable.

The agency did not respond to Anadolu Agency request for comment.

The dynamics of the links between Turkey, the U.S. and the PYD have caused a strain in the ties between Ankara and Washington. U.S. officials have been adamant in recent weeks in their refusal to recognize the PYD -- or its armed wing, the YPG -- as a terrorist organization, instead calling the YPG a "reliable partner" in the fight against ISIL, supporting the group with weapons and training.

Ankara sees all three -- the PYD, YPG and the PKK -- as terrorist organizations, and has frequently pointed to the link between these groups active in Turkey and Syria.

Turkish officials have determined that the attack was carried out jointly by a Syrian-national YPG member and PKK terrorists based in Turkey. A day before the attack, Syria's envoy to the UN said the PYD enjoys the support of not only the U.S. but also the Assad regime.

The Turkish military shelled PYD/YPG positions in northern Syria for a week beginning Feb. 13 in response to artillery fire from PYD forces based around Aleppo's Azaz town, located just 6 kilometers (4 miles) from the Turkish border.

The link to the NCTC's PKK (KGK) profile can be found at http://www.nctc.gov/site/groups/kgk.html.

The agency defines the PKK is a precursor to Kongra-Gel, or KGK, an umbrella organization that includes other domestic terror groups.