US: Buffer zone not 'a solution' to crisis in Syria

Pentagon spokesperson Rear Adm. John Kirby said that a buffer zone in northern Syria is "not a useful to the situation inside Syria." 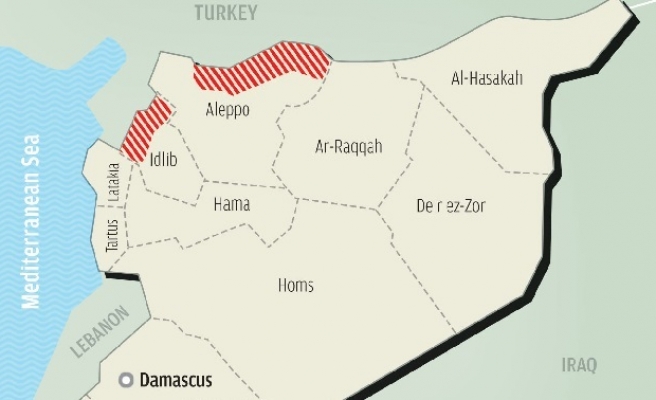 U.S. officials on Tuesday clarified opposing statements made a day earlier about media reports about negotiations on a buffer zone in Syria along the Turkish border.

Pentagon spokesperson Rear Adm. John Kirby said that a buffer zone in northern Syria is "not a useful to the situation inside Syria."

He described the U.S.'s reluctance in establishing such an area as "a reflection of the complicated nature of the conflict inside Syria writ large."

"These are complicated missions that require a lot of time, effort, resources, and you have to incur certain risk and you’ve got to fully understand what those risks are before you launch off on something like that," he said.

Kirby was responding to, in part, a Wall Street Journal report Monday that claimed the U.S. and Turkey are close to an agreement on using the Incirlik airbase in southern Turkey, and other airbases, to patrol a zone in Syrian alongside the Turkish border, which would be off limits to Syrian President Bashar al-Assad regime’s forces.

But Bloomberg news said the U.S. envoy leading the anti-ISIL coalition, Gen. John Allen, negotiated an "air-exclusion zone" inside Syria along the Turkish border that would be protected against ISIL and Assad forces.

Against the backdrop of those reports, the White House, State Department and Pentagon issued conflicting statements about any possible agreement. Among then was Pentagon spokeswoman Lt. Col. Vanessa Hillman who told The Anadolu Agency on Monday that forming a no-fly zone and associated buffer zones with the Turkish government is not off the table.

A day later, it seems the administration was making an effort to speak with one voice on the issue.

Elissa Slotkin, Deputy Secretary of Defense told a Senate committee hearing that currently there are no plans for a buffer zone, although there have been discussions with the Turkish government.

"We don't currently think that a no-fly zone fits the bill, but it's something that the elements of which we're looking at very closely to see if there's a proposal that advances our combined objectives."

The idea of buffer-zone is currently "premature," Rice said.

"Even if we are discussing it with Turks," she said, "we are not moving towards creating a safe zone or buffer zone inside Syria for now."