A Pentagon official confirmed the U.S.-led airstrikes on ISIL leadership but they cannot confirm whether Baghdadi was hit. 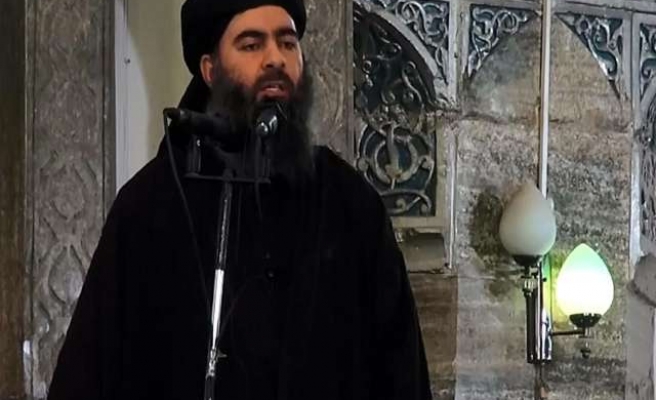 The United States has no information at this point to indicate the commander of ISIL, Abu Bakr al-Baghdadi, was wounded near the Iraqi city of Mosul, or if he was even in the convoy that was targeted, U.S. officials said on Sunday.

The officials, speaking on condition of anonymity, were asked about an account on Twitter that said Baghdadi had been wounded in the strikes. One official said that "nothing has changed" since Saturday, when the U.S. military said it was unclear if Baghdadi was present at the time of the strikes.

There was no independent confirmation whether Baghdadi was hit or wounded.

Another Pentagon official told The Anadolu Agency that the U.S.-led coalition struck a series of targets on ISIL leaders in northern Iraq near Mosul but it is yet to be confirmed whether Baghdadi was there.

"I can confirm that coalition aircraft did conduct a series of airstrikes Friday evening in Iraq against what was assessed to be a gathering of ISIL leaders near Mosul, destroying a vehicle convoy consisting of ten ISIL armed trucks," said Commander Elissa Smith, a Defense Department spokeswoman, said in an email.

There were several reports claiming that Baghdadi was either killed or fatally wounded in the U.S. airstrike.

However, Smith said: "We cannot confirm if ISIL leader Abu Bakr al-Baghdadi was among those present."

The U.S. has previously announced that the airstrikes will target the group's leadership, control and command ability as well as heavy military assets.

"This strike demonstrates the pressure we continue to place on the ISIL terrorist network and the group's increasingly limited freedom to maneuver, communicate and command," Smith said.

Since mid-June, fighting in Iraq has pitted the Iraqi army and Kurdish peshmerga forces against ISIL militants, who have taken control of Mosul, Iraq's second largest city. ISIL is currently in control of large swathes of territory in Iraq and Syria.

According to the U.N., an estimated 1.8 million citizens have been internally displaced this year throughout Iraq.