US Carter to visit North Korea within days

Former U.S. President Carter will travel to isolated North Korea within days to win the release of an American prisoner there, media reports said. 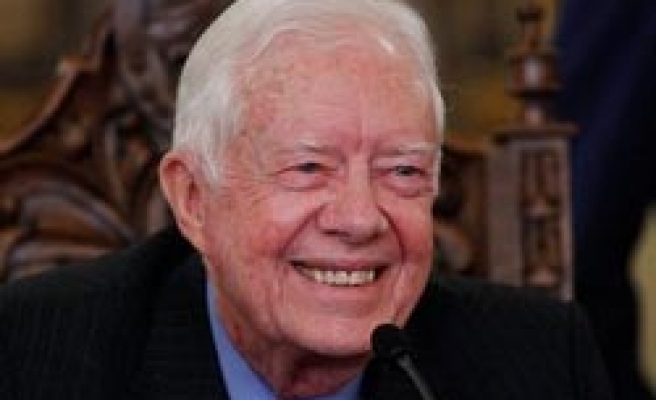 Former U.S. President Jimmy Carter will travel to isolated North Korea within days to win the release of an American prisoner there, media reports said on Tuesday.

Carter, 85, would go as a private citizen, with no accompanying U.S. officials, to secure the release of Aijalon Mahli Gomes, 30, the U.S.-based Foreign Policy journal reported on its Web site on Tuesday.

The reported visit will take place amid heightened tensions on the peninsula after the torpedoing in March of a South Korean warship, which Seoul blames on the North and which prompted Washington to announce expanded sanctions against Pyongyang.

It would also come as North Korea is pressing for a resumption of stalled nuclear disarmament talks. Both Washington and Seoul have urged Pyongyang to first admit "responsibility" for the sinking of the warship before they would consider returning to the talks.

North Korea's state news agency has said Gomes, who is serving a sentence of eight years hard labour after being convicted in April of illegally entering the country, tried to commit suicide out of despair.

Foreign Policy journal, quoting sources familiar with the Carter, said he might take his wife and daughter and was slated to leave within days.

The U.S. embassy in Seoul could not confirm the report.

The U.S. State Department said last week that a four-person team had gone to Pyongyang earlier in August to secure the release of Gomes but was not successful.

Carter has dealt directly with North Korea in the past.

In 1994 trip, he flew to Pyongyang to meet with then North Korean leader Kim Il Sung and successfully persuaded him to join talks about its nuclear weapons ambitions.

At that time, the North had threatened to reprocess its spent nuclear fuel, prompting the Clinton administration to call for U.N. sanctions.