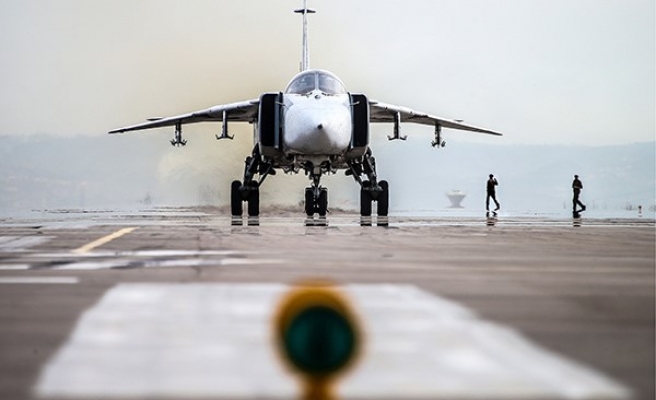 "The earliest indications are that the Russians are following through, but it’s still too early to determine on this point what impact it will have on the broader situation," White House spokesman Josh Earnest said.

Earnest told reporters that Russia did not notify Washington about the withdrawal in advance but noted that the U.S. is monitoring the military movement in the Syria.

At the State Department, spokesman John Kirby was more cautious about the Russian move, noting that Russia needs to be judged by its actions rather than words.

"It's only the day after and we're just going to have to watch and see what he [Putin] actually does," he said.

According to Cook, Russian jets continued to engage in some strikes in Syria, mostly on ISIL-controlled areas.

Noting the flow of Russian military assets back and forth into the war-torn country, Cook said that the Pentagon is also going to “wait and see exactly what transpires” with regard to the move.

“If the purpose of that is to promote the cessation of hostilities and to promote, perhaps, finally some resolution to the civil war now in its fifth year ... then we welcome that,” Cook added.

According Secretary of State John Kerry, the Russian pullout along with some other developments the will contribute to the efforts to end the civil war.

“With the cessation of hostilities largely holding, Russia’s announcement yesterday that it will remove half of its forces immediately and more perhaps from Syria, and with the political negotiations reconvening this week in Geneva, we have reached a very important phase in this process,” Kerry said earlier in the day at a press conference with his Georgian counterpart Mikheil Janelidze.

The top diplomat said that he will be traveling next week to Moscow to meet with President Putin and Foreign Minister Sergey Lavrov in order to discuss how to move the political process of Syria forward.

Kerry also said that he would “try to take advantage of this moment” in reference to the Russian pullout of Syria.

The two leaders discussed how to move forward with the political resolution of the Syrian crisis amid the Russian withdrawal from the country.