U.S. prosecutors have charged the leader of the Pakistani Taliban, Mehsud, in the plot that killed 7 CIA agents in Afghanistan, the Justice Department said. 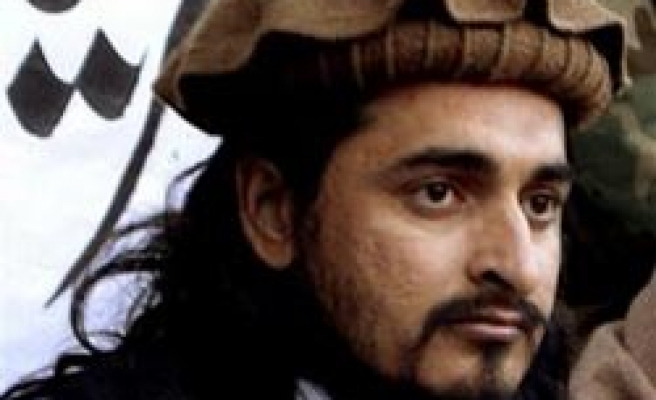 U.S. prosecutors have charged the leader of the Pakistani Taliban, Hakimullah Mehsud, in the plot that killed seven CIA employees at an American base in Afghanistan last December, the Justice Department said on Wednesday.

Mehsud, head of the group known as Tehrik-e-Taliban Pakistan, was charged with conspiracy to kill Americans overseas and conspiracy to use a what U.S. calls as "weapon of mass destruction,"

On Dec. 30, a Jordanian doctor who had gained the trust of the CIA employees as a source detonated a bomb hidden under his clothing after entering a heavily fortified compound outside Khost. It was the second-most deadly attack in CIA history.

"Criminal charges are meant to deal with Hakimullah if he's captured," said a U.S. official who declined to be identified. "He can face justice in other ways, too. That hasn't changed."

U.S. military forces have killed scores of people, including civilians in their strikes by unmanned aerial drones that have aimed what U.S. says to kill Taliban leader Mehsud.

The State Department is offering a reward of up to $5 million for information leading to his location.

Meanwhile, the United States formally added the Pakistani Taliban to its list of so-called foreign terrorist organisations on Wednesday, imposing financial and travel sanctions on the group.

The TTP was formed in December 2007 as an alliance of Pakistani armed groups to attack the Pakistani state. It believes the government is illegitimate because it is helping the US-led war in neighbouring Afghanistan.

There were reports in January that Mehsud was killed in a drone strike but he later appeared in Internet videos threatening suicide strikes in the United States.

After the attack on the CIA employees, a video surfaced in which the bomber, identified as Jordanian Humam Khalil Abu Mulal al-Balawi, appeared with Mehsud claiming responsibility for the suicide bombing and stating that it was revenge for the killing of the group's leader, Baitullah Mehsud.

Al-Balawi's legs were recovered from the scene of the blast and DNA testing helped identify him, according to the complaint which was filed in U.S. District Court for the District of Columbia.