'We don't have a hard number that we're prepared to release. We believe it is in the hundreds of millions of dollars,' US military spokesman says 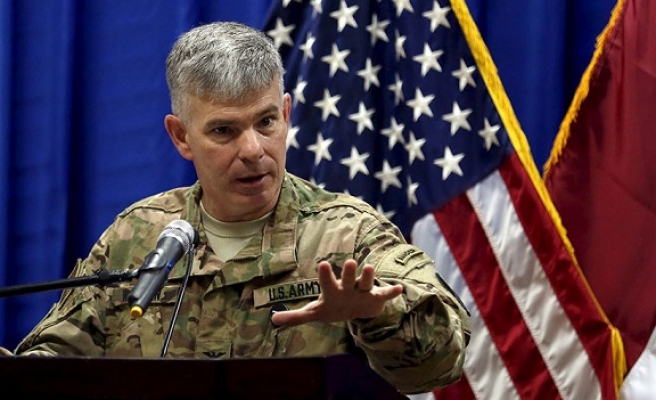 Hundreds of millions of dollars are believed to have been destroyed in coalition air strikes targeting cash hoards used to finance the ISIL group, a U.S. military spokesman said Wednesday.

Coalition aircraft struck ten more of the cash collection points over the weekend, said Colonel Steve Warren, the spokesman for the U.S.-led campaign against ISIL in Iraq and Syria.

"We don't have a hard number that we're prepared to release. We believe it is in the hundreds of millions of dollars," Warren told Pentagon reporters in a video conference from Baghdad.

"Obviously it is impossible to burn up every single bill. So presumably they were able to collect a little bit of it back. But we believe it was a significant series of strikes that have put a real dent in their wallet," he said.

Targeting the cash hoards is part of a broader strategy to disrupt the group's sources of revenue.

Coalition aircraft also have been hitting oil infrastructure under ISIL control as part of the effort.

Warren said the impact can be seen in reports that ISIL has had to cut salaries paid to its fighters, sometimes by as much as half.

"So this to us is a very significant indicator that these strikes against their ability to generate revenue are beginning to squeeze them a little bit," he said.