Ahmed Mohamed accepts scholarship from Qatar Foundation in Doha, where he will study 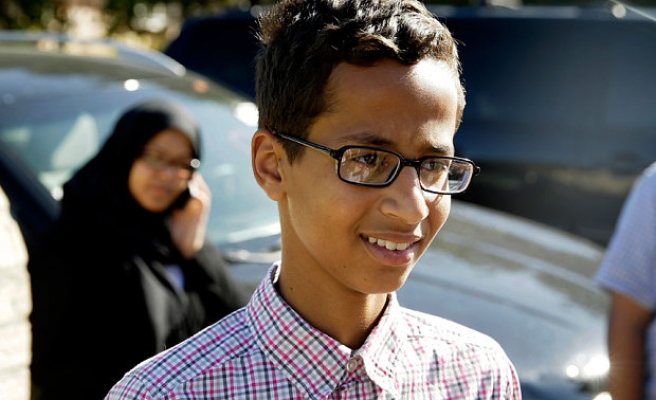 Ahmed Mohamed, the U.S. Muslim boy who was arrested after a teacher mistook his homemade clock for a bomb, will soon move to Qatar to continue his education, according to media reports.

The 14-year-old accepted a scholarship from the Qatar Foundation to join a scientific education program, Ahmed's family said in a statement quoted by local media.

“After careful consideration of all the generous offers received, we would like to announce that we have accepted a kind offer from Qatar Foundation for Education, Science and Community Development (QF) for Ahmed to join the prestigious QF Young Innovators Program, which reflects the organization’s on-going dedication to empowering young people and fostering a culture of innovation and creativity,” read the statement.

The young Sudanese-American made international headlines when he was handcuffed, arrested and fingerprinted by police on Sept. 16 after a homemade clock he took to school was mistaken for a bomb.

His arrest was widely criticized with accusations that he was targeted because he is Muslim.

Ahmed received messages of support from a number of high-profile figures including President Barack Obama, whom he visited at the White House on Monday, and Turkish Prime Minister Ahmet Davutoglu, whom he met in New York in late September.

The scholarship covers his secondary and undergraduate education and the family will also relocate with him to Qatar, according to local media.