Ridha al-Najar, a Tunisian, had been transferred from the U.S.-run detention centre at Bagram, the day the Senate report was published. 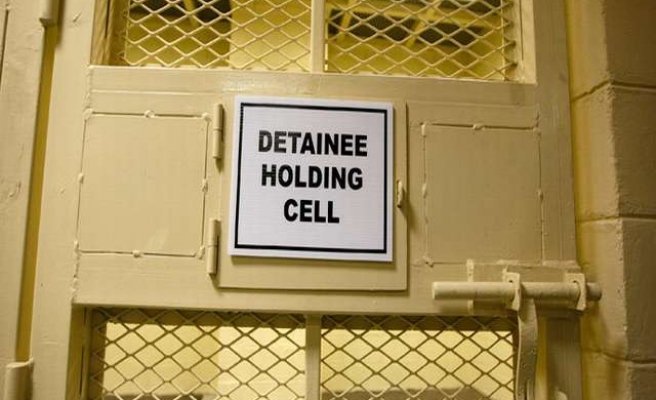 The United States said on Thursday it had shut its last detention facility in Afghanistan and no longer had custody of detainees there.

The U.S. Defense Department said it had recently transferred the last detainees from Bagram Airfield north of the capital, Kabul. It closed the prison there on Dec. 10, a day after a Senate report detailed abuse at a secret CIA prison in Afghanistan.

The U.S. embassy in Kabul said the closure decision was linked to a deadline to end the detention programme in Afghanistan this year, not to the Senate report.

"The Government of Afghanistan will be responsible for all detention facilities," from Jan. 1, an embassy spokesman said.

Foreign prisoners at the various sites in Bagram, often compared to Cuba's Guantanamo Bay jail, were given no trials, facing only review boards staffed by U.S. military officers. At its peak, the Bagram prison held hundreds of detainees.

A U.S. court found two adult detainees had been beaten to death at Bagram in 2002. The U.S. government said such cases of abuse were rare.

Washington has handed over to Afghanistan a suspected al Qaeda militant named in a U.S. Senate report as one of the first objects of harsh interrogation techniques in a CIA "dungeon" near Kabul, his lawyer told Reuters on Wednesday.

Redha al-Najar, a Tunisian who is one of the longest-serving detainees from the U.S. "war on terror", was captured as a suspected bodyguard of Osama Bin Laden in May 2002.

He has never been charged or had the chance to prove his innocence in court, and does not have prisoner of war status. The Senate report said he had been subjected to a psychological ordeal that had left him a "broken man".

His lawyer, Tina Foster, said the U.S. government had notified her that Najar had been transferred from the U.S.-run detention centre at Bagram Airfield on Tuesday, six days before the government was due to make a submission to the Supreme Court about his treatment.

Najar was among the first to be subjected to the CIA's "enhanced" interrogation techniques after the Sept. 11 attacks on U.S. cities in 2001, and his treatment became a model for handling detainees at secret CIA prisons, the Senate report said.

Najar's representatives have taken their demand that he should be put on trial under U.S. jurisdiction all the way to the Supreme Court, which has requested a reply from the U.S. government by Monday.

"It's just another way of evading jurisdiction," Foster said. "Now they will be able to say in court: 'It's not our problem'."

"If they had released him, I would declare victory and go home. What they have done is make it even more difficult."

In the years after 9/11, suspected militants deemed to be a security threat to the United States were abducted and held in secret prisons worldwide without charge or evidence.

During interrogation in 2002, Najar was forced to stand with his hands chained above his head for up to 22 hours a day, shackled and hooded, with loud music playing, while wearing a diaper and being denied toilet facilities, the report said.

It details his treatment at Detention Centre Cobalt, better known as Salt Pit, a former brick kiln converted by the CIA into a prison outside Kabul.

More than half the 119 detainees mentioned in the report were held there, and the techniques the CIA developed on its inmates later emerged in other U.S. detention centres globally.

Prisoners were slapped, punched and dragged along dirt-floored corridors, often semi-naked. They were shackled in pitch-black cells and subjected to white noise.

The chief of interrogations described the place as a dungeon. It was deliberately hidden from the International Committee of the Red Cross, and was run for a period by a junior officer with no relevant experience, the report said.

Najar was eventually transferred to a prison operated by U.S. forces near Bagram airfield, which at its peak held hundreds of detainees.

Foster represents five other inmates who now remain in a smaller facility on the base, and believes there may be several more.

U.S. authorities describe the detainees as "third-country nationals awaiting interagency disposition instructions", but have not revealed their identities or number.

Washington has been rushing to move the remaining prisoners out of its custody before a Dec. 31 deadline fixed in a U.S.-Afghanistan Bilateral Security Agreement.

Earlier this week, it handed three detainees including a senior Taliban leader to Pakistan.

Afghan President Ashraf Ghani vowed on Wednesday to investigate CIA abuses at Bagram, but the government did not immediately respond to a request for comment about Najar.