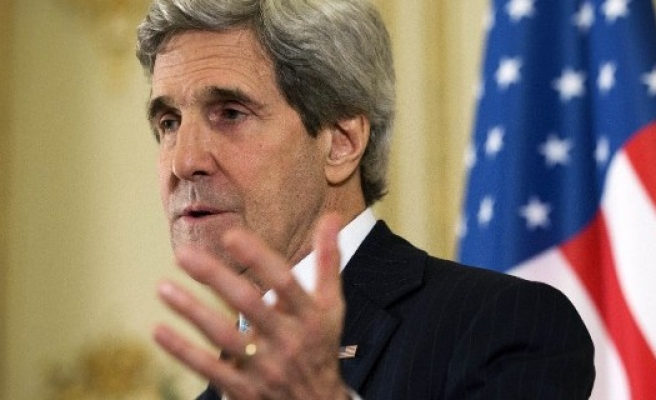 Secretary of State John Kerry met with congressional leaders Wednesday to discuss the European refugee crisis and how the U.S. could help Syrians trying to flee, the State Department said.

Kerry and his team met officials from the House and Senate judiciary committees and presented a proposal by President Barack Obama for refugee admissions during the 2016 fiscal year that begins Oct. 1, said spokesman John Kirby.

Following the meeting, Kerry said the U.S. is “committed” to accepting more Syrian refugees but declined to provide specifics.

Some media reports suggest the U.S. is preparing to increase the total number of refugees it resettles by at least 5,000 in 2016 -- with a fraction of those expected to be from Syria.

The White House said increasing the number of refugees accepted into the U.S. was "among the options" being examined.

"The president does believe the United States has a moral responsibility to play a role in addressing this issue," said White House spokesman Eric Schultz.

Earlier Wednesday, a senior State Department official said the Obama administration is exploring ways to be more responsive to the global refugee crisis with the primary goal of getting refugees “home again so that there can be peace in Syria and that they can return home in peace".

The U.S. has been criticized for the relatively paltry number of Syrian asylum seekers it has accepted since the start of the conflict more than four years ago - approximately 1,500.

Defending its Syrian policy, the U.S. has said it is the largest aid donor for the Syrian crisis with more than $4 billion spent on relief efforts, including $25 million to assist resettlement in Europe.