US concerned over Turkish shelling of PKK/YPG positions

Bilateral coordination and consultation 'on issues of security concern is a better approach,' says State Department 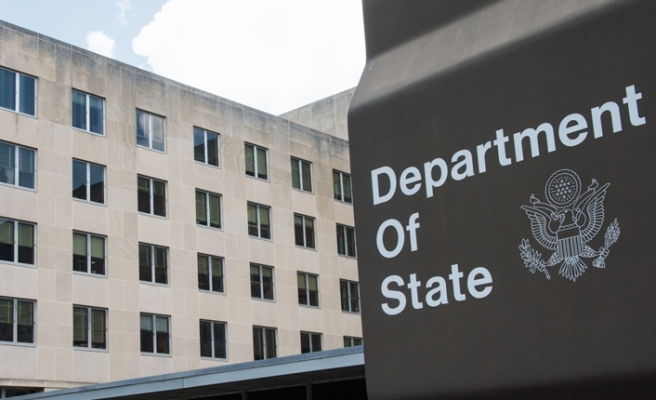 The U.S. is concerned over Turkish shelling of PKK/YPG positions in Syria, an official said Wednesday.

"Unilateral military strikes into northwest Syria by any party, particularly as American personnel may be present or in the vicinity, are of great concern to us," State Department deputy spokesman Robert Palladino told reporters.

"Coordination and consultation between the United States and Turkey on issues of security concern is a better approach," he said.

On Sunday, the Turkish military hit PKK/YPG positions in the Zor Magar region east of the Euphrates River and the town of Tal Abyad on Tuesday.

In its more than 30-year terror campaign against Turkey, the PKK -- listed as a terrorist organization by Turkey, the U.S. and the EU -- has been responsible for the deaths of some 40,000 people, including women and children. The YPG is the Syrian branch of the PKK.