State Department says U.S. stands with those who 'defend the universal right of freedom of speech and stand against anti-Semitism and bigotry in all its forms.' 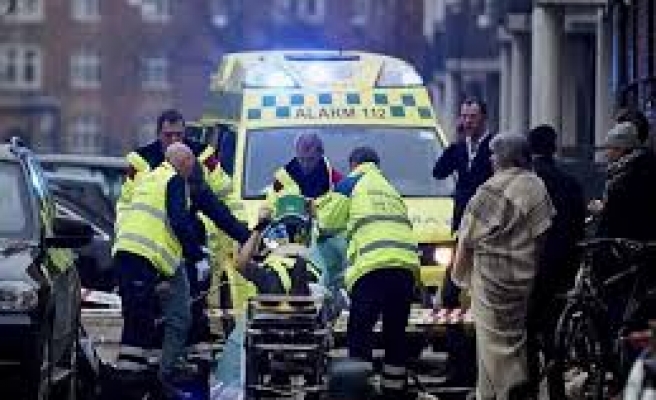 “Our deepest condolences go out to the family of the victims who were killed, and our thoughts are with the security officials injured in these terror attacks.” State Department spokesperson Jen Psaki said on Sunday.

Psaki said that the U.S. was ready to help the Danish authorities if needed, adding that the American people stood with Denmark “and all others who defend the universal right of freedom of speech and stand against anti-Semitism and bigotry in all its forms.”

The attacks, which began in Copenhagen on Saturday, saw one civilian was killed and three police officers wounded when a gunman attacked a free-speech event called "Art, Blasphemy and Freedom of Expression."

In the early hours of Sunday morning, a second shooting took place at a synagogue, killing a Jewish community member who was on security duty. Two police officers were also wounded.

The gunman was later shot dead in a clash with police.

Danish Prime Minister Helle Thorning-Schmidt has said the events should not be regarded as a “war between Islam and the West.”