US Congress extends funding for Dept of Homeland Security 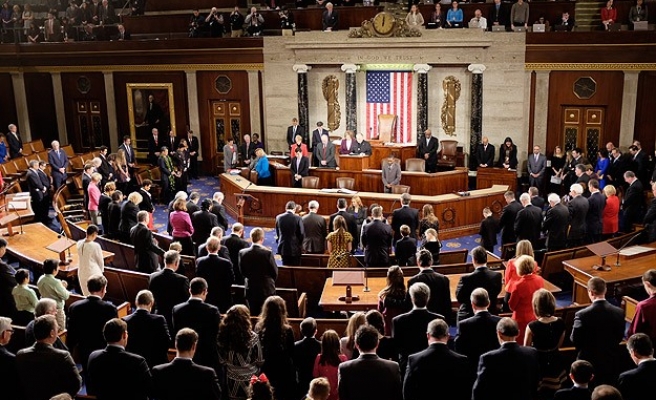 Congress passed a one-week funding extension for the Department of Homeland Security late Friday to avert a partial shutdown just hours before a midnight deadline.

The House voted 357-60 to fund the agency for one week. The Senate approved the bill with a voice vote.

Obama signed the bill shortly before the deadline.

Obama held a meeting Friday night in the Oval Office with Secretary of Homeland Security Jeh Johnson, Office of Management and Budget Director Shaun Donovan and members of his senior team to discuss the impending deadline for funding the agency, said White House spokesman Josh Earnest.

“Progress has been made,” Reid said, adding that “there will be full funding” for the department.

"There are terrorist attacks all over the world and we’re talking about closing down Homeland Security. This is like living in world of crazy people," tweeted Rep. Peter King, former chairman of the Homeland Security Committee.

Unlike all other departments, congressional Republicans singled out Homeland Security last year for short-term funding in a bid to force Obama to reverse course on executive actions he took to shield nearly 5 million undocumented migrants from deportation.

In a 203-224 vote, the House had earlier Friday failed to pass a 21-day funding appropriations bill that would have served as a stopgap measure to avert a shutdown. Fifty-two Republicans sided with all but 12 Democrats in voting against the bill.

The Senate passed its own funding bill Friday with a bipartisan 68-31 vote to provide the department funding for a year without the immigration provision that Republicans sought. The measure, supported by House Democrats, was not introduced by Boehner.

“There’s enough uncertainty in the world without injecting more uncertainty as to when and how we are going to fund our homeland security,” House Minority Leader Rep. Nancy Pelosi told reporters Friday. “I’m just saying to the Speaker: get a grip,” she said.