A House committe chairman says peshmerga fighters “have proven to be the most effective ground force currently fighting ISIL.” 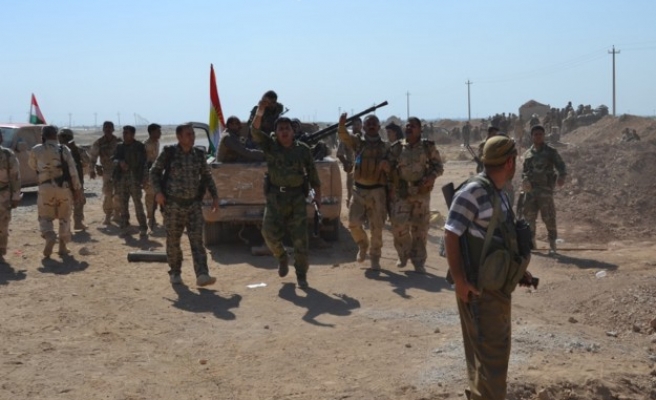 Congress on Thursday introduced legislation to directly arm Kurdish forces in the country’s north, a move likely to prompt alarm within the Iraqi central government,

“For months, I have urged the administration to urgently arm the Kurds. So too have many others in Congress,” he said in a statement emailed to reporters. “This important legislation will finally allow the 190,000-strong force to get the firepower it needs to effectively fight this brutal terrorist organization.”

The bill stipulates that U.S. policy will be to directly provide the Kurdistan Regional Government "with advanced conventional weapons, training, and defense services, on an emergency and temporary basis."

The authority, as it is currently written, expires in three years.

The U.S. previously sent lethal assistance to Kurdish forces through the Iraqi central government, prompting complaints from Kurdish officials that deliveries were delayed, and were not sufficient to compete with ISIL’s heavy weaponry.

The legislation says that ISIL's forces are estimated to have more than 4,000 captured heavy weapons, 1,500 armored vehicles, and 50 long-range artillery pieces.

Asked by reporters about the legislation, State Department spokesman Jeff Rathke told reporters that he was unaware that it was introduced, but added  “it remains the U.S. government policy that all arms transfers should be coordinated through the sovereign central government of Iraq."

“We have no plans that I’m aware of to change that,” he said.

But pressed by lawmakers during Sept. 18 testimony, Secretary of State John Kerry defended the administration’s policy, laying the blame for the current state of arms transfers squarely with Congress.

“You say the administration is responsible for sending all these weapons through Baghdad. No we're not; you are,” Kerry told Royce. “We're adhering to U.S. law passed by Congress with respect to export-import and exports and what we are allowed to do. We have to send it to the government because that's U.S. law.”

“And if you want to change it to fix it, we invite you."

The bill will now have to pass the Foreign Affairs committee before facing a vote on the House floor. If passed, the Senate would have to approve its own bill before it goes to Obama to be signed into law.

ISIL has been accused of heinous war crimes as it campaigns to consolidate control over large expanses of Iraq and Syria, forcing civilians to flee their advances. The bill said that a million and a half people from Iraq and Syria have sought refuge in Iraqi Kurdistan.

Kurdish forces have been integral in Iraqi efforts to retake ground from the militants, including the first major victory at Mosul Dam in August.