House and Senate negotiators agreed to a $1.1 trillion plan to fund the government just two days before federal agencies face another shutdown. 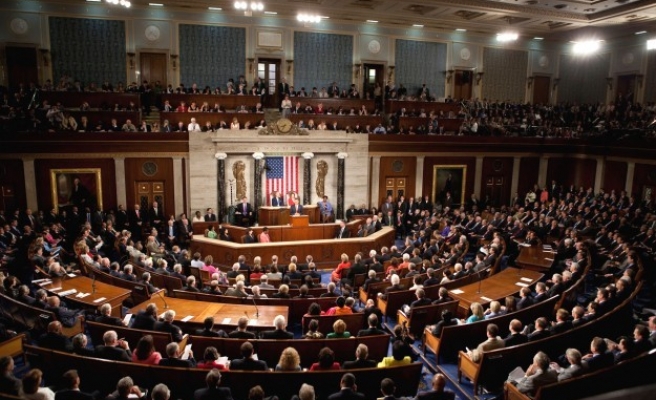 Congressional negotiators unveiled a $1.1 trillion U.S. spending bill that aims to avoid a government shutdown at midnight on Thursday and punts an immigration showdown between Republicans and President Barack Obama until February.

As the funding deadline loomed, Republicans successfully negotiated a number of policy provisions into the measure, including easing of regulations ranging from the environment to financial derivatives trading.

The measure was expected to be put to a House of Representatives vote on Thursday. But to enable Senate passage, a short-term extension of one or two days was being prepared, congressional aides said.

"This bill will allow us to fulfill our constitutional duty to responsibly fund the federal government and avoid a shutdown," House Appropriations Committee Chairman Hal Rogers said in a statement.

It funds all government agencies through September 2015, except for the Department of Homeland Security, which would be extended only through Feb. 27. That move aims to give Republicans leverage over the agency implementing Obama's immigration order.

Next year, when Republicans control both the House and Senate, they intend to pass restrictions barring federal funds for Obama's plan to let millions of undocumented immigrants stay and work in the United States.

Negotiations were delayed by wrangling over a Republican effort to block new curbs on derivatives trade that would require banks to shift these activities to units that do not benefit from federal deposit insurance and Federal Reserve loans.

The compromise that ended up in the bill grants a reprieve for derivatives trades on behalf of farmers and other commodity producers, who had feared the rule would require them to put up more collateral.

A bipartisan provision to shore up distressed multi-employer pension plans and the government fund that guarantees them was taken out of the bill and proposed as an amendment facing a separate vote. Changes include raising insurance premiums for these plans and allowing them to cut benefits for non-disabled beneficiaries under 75.

A six-year extension for a federal terrorism insurance backstop created after the Sept. 11, 2001 attacks was also excluded from the funding bill and is being dealt with separately.