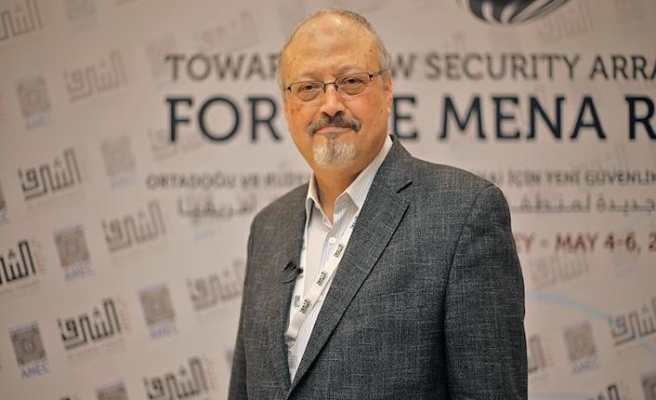 In a letter Tuesday addressed to Trump, Republican Sen. Bob Corker and Democratic Sen. Bob Menendez, the chairman and ranking member of the Senate Foreign Relations Committee, respectively, asked for an investigation under the Global Magnitsky Human Rights Accountability Act.

The act requires the president to determine whether a foreign person is responsible for an extrajudicial killing, torture or other gross violation of internationally recognized human rights against an individual exercising freedom of expression.

It also requires the president to report to the Committee within 120 days with a determination and a decision on the imposition of sanctions on that foreign person or persons.

Tuesday's letter came after Trump's remarks that defended relations with Saudi Arabia despite the killing of the journalist amid reports that the CIA concluded with high confidence that bin Salman ordered Khashoggi's murder.

However, the president said the U.S. may "never know all of the facts" and the country will continue its relations with Saudi Arabia in order to pursue American interests.

"Our intelligence agencies continue to assess all information, but it could very well be that the Crown Prince had knowledge of this tragic event – maybe he did and maybe he didn’t!" Trump said in the statement, which was released by the White House.