Bout’s extradition and conviction has sparked fury from Russia, which has tried in vain to have the former Soviet military officer 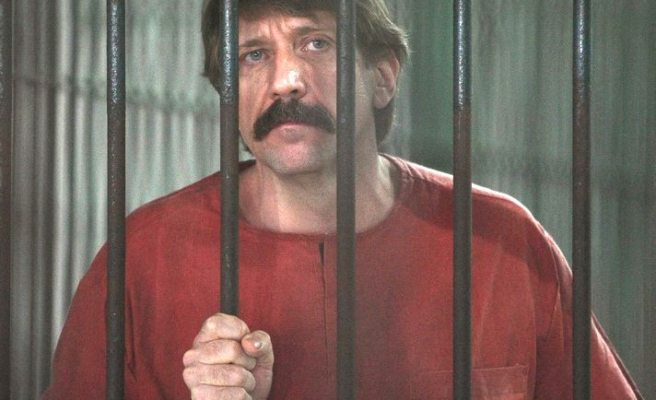 A federal US appeals court on Friday upheld the conviction of reputed Russian arms dealer Viktor Bout on charges of conspiring to kill Americans in a case at the center of a bitter diplomatic dispute between Moscow and Washington.

In a 13-page decision, the US Court of Appeals for the 2nd Circuit said it found “no merit” to any of Bout’s claims, including that his extradition from Thailand nearly three years ago was illegal because it resulted from what he called “intense, coercive political pressure exerted by the United States.” “The government’s enthusiastic or energetic pursuit of Bout, a high-priority criminal target, does not demonstrate vindictive, or even inappropriate, government conduct,” Judge Jose Cabranes wrote for the unanimous three-judge panel.

Bout was arrested in Bangkok in 2008 in a joint operation between Thailand and the United States, which accused him of conspiring to kill US citizens and sell arms to Colombian militants.

He was extradited to the United States in November 2010 after a protracted legal battle that ended when the Thai cabinet backed Washington’s request to transfer him into US custody. He was subsequently convicted and sentenced to 25 years in prison last year.

Bout’s extradition and conviction has sparked fury from Russia, which has tried in vain to have the former Soviet military officer transferred from the United States under the 1983 Convention on the Transfer of Sentenced Persons.

The Russian Foreign Ministry said Friday that it is “disappointed” with the US court’s rejection of Bout’s appeal, saying it “confirms the unjust and politicized nature of the case against the Russian.”

Russia has repeatedly expressed outrage over the detention of its citizens in third countries who have been extradited to face criminal charges in the United States, which does not have an extradition treaty with Moscow.

The Foreign Ministry issued a warning earlier this month advising Russian nationals not to travel to the United States if they believe US authorities have “some claims against them” and to avoid visiting countries “that have signed bilateral extradition treaties” with Washington.

Citing “specific cases of Russian nationals being prosecuted on doubtful charges,” the ministry’s point man for human rights, Konstantin Dolgov, has demanded that Washington “abolish this unacceptable practice, which, if continued, would force the Russian side to take retaliatory measures,” the ministry said earlier this month.