The F-35 is the world's largest arms program and is currently projected to cost about $398.6 billion and has been sharply criticized over its huge cost growth. 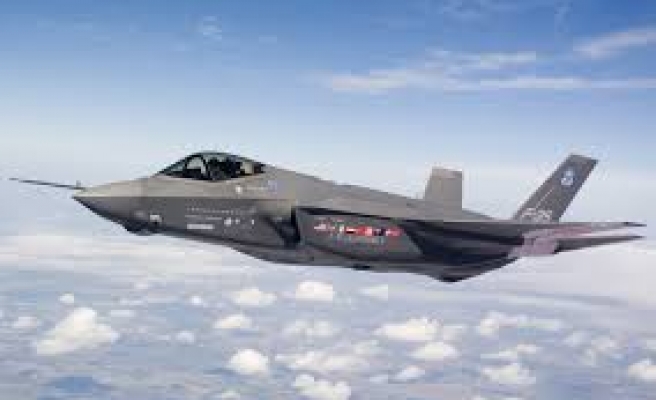 U.S. Defense Secretary Chuck Hagel told military fliers on Thursday the stealthy F-35 attack plane had "issues" but was still "the future for our fighter aircraft" despite a fire that grounded the fleet and jeopardized its international debut in Britain.

In a visit to the Florida base where the blaze occurred in late June, Hagel spoke with F-35 pilots and maintenance workers about the Lockheed Martin aircraft but was not able to say whether the planes would be cleared to resume flight in time to participate in air shows in Britain.

Hagel, speaking in front of a pair of the F-35s, said the pilots and maintainers voiced "tremendous confidence" in the so-called fifth-generation aircraft, which has stealthy radar-evading technology and a suite of integrated sensors that digest and feed information to the pilot through a special helmet.

"I was particularly happy to hear that because I believe this aircraft is the future for our fighter aircraft for our services," he said. "This is as big a project, the F-35, as we have at the Department of Defense and we've got a lot riding on this aircraft."

Hagel said he knew "there are issues" with the plane but he had "strong, strong confidence in the people who make this aircraft fly (and) maintain it."

The F-35 is the world's largest arms program and is currently projected to cost about $398.6 billion. The plane, which will ultimately replace most of the U.S. military's fighters, has been sharply criticized over its huge cost growth.

But the military last week grounded the entire fleet of 97 aircraft in the aftermath of a fire at Eglin in late June in which a Pratt & Whitney engine on an Air Force variant of the plane broke apart and caught fire during takeoff. Pratt & Whitney is a unit of United Technologies Corp.

Eglin is one of the main bases where F-35 pilots and maintainers are being trained. Officials said there were 49 F-35s at the base, including all three variants of the plane.

Lockheed Martin Corp, Northrop Grumman and BAE on Thursday said they would invest up to $170 million over the next two years to cut the cost of each of the new warplanes to under $80 million each by 2019.